Divisive Disney Ride Shutting Down For Months - Inside the Magic 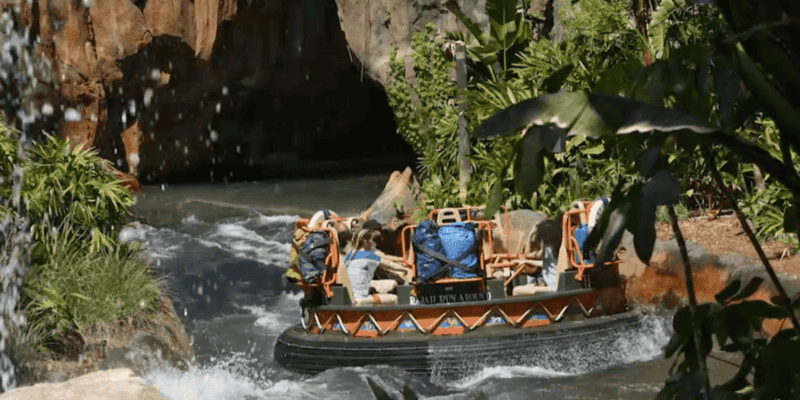 A divisive Disney ride is shutting down next week and will be unavailable for months before Guests can experience it again.

Disney World Guests will either be excited or disappointed to hear that Kali River Rapids, at Disney’s Animal Kingdom, is shutting down on Monday, January 9, for an extensive refurbishment. While, initially, the closure appeared to be indefinite, Disney has updated its official website, informing Guests that the ride will remain closed for little over two months.

As of this article’s publishing, Disney World’s website states, “Beginning January 9, 2023, Kali River Rapids at Disney’s Animal Kingdom theme park will undergo its annual refurbishment. The attraction is expected to reopen in mid-March.” While an official date is yet to be announced by theme park officials, the attraction could be unavailable until March 16, approximately, shutting down for little over two months. It is important to mention that Disney officials can modify and update this information anytime, extending the closure should they deem necessary.

The attraction is certainly divisive, as many Guests are unhappy with it, and some even consider it needs to be scrapped and rethemed, as it’s nothing interesting. However, some fans, yours truly included, think it is the perfect ride to cool down on a hot summer day at Disney’s Animal Kingdom.

While Kali River Rapids will be unavailable in the next few months, Disney’s Animal Kingdom has many rides and experiences for you to enjoy! The Park is home to Pandora – The World of Avatar, a fully immersive land that hosts two of the most popular and advanced Disney rides; Na’vi River Journey and Avatar Flight of Passage. Disney’s Animal Kingdom Park is also home to other popular attractions, including Expedition Everest – Legend of the Forbidden Mountain, DINOSAUR, It’s Tough to be a Bug!, and Kilimanjaro Safaris, with rumors of upcoming attractions inspired by Disney’s hit films Moana and Zootopia.

As if that wasn’t enough, Disney’s Animal Kingdom is also home to world-class entertainment offerings like Festival of the Lion King, Finding Nemo: The Big Blue… and Beyond!, and Tree of Life Awakenings — which recently received a significant change to celebrate the latest Avatar film.

Do you like Kali River Rapids at Disney’s Animal Kingdom? Let us know in the comments below!