Potential Kilimanjaro Safaris Disaster Causes Cast Members to Drive Off, Must Abandon Guests - Inside the Magic 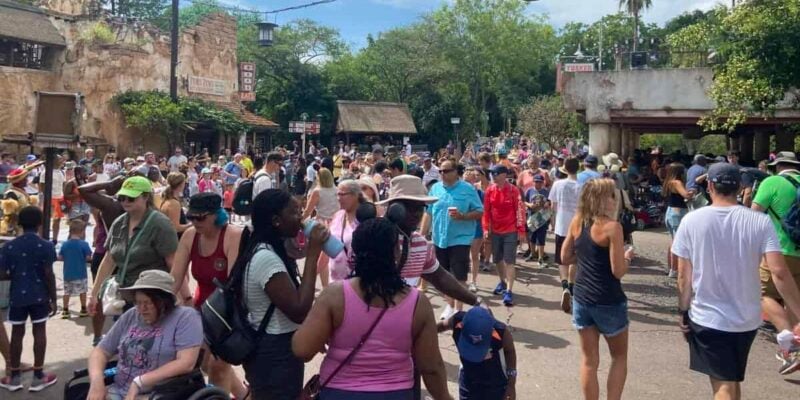 A former Cast Member has revealed what must happen on Kilimanjaro Safaris if disaster strikes.

Related: Animals Caught Having Sex in Front of Guests on Disney’s Kilimanjaro Safaris

The Walt Disney World Resort is a sprawling theme park destination found in Orlando, Florida. Consisting of Magic Kingdom, Disney’s Animal Kingdom, EPCOT, and Disney’s Hollywood Studios, the Resort is a fan-favorite with Disney fans worldwide, so much so that the Parks have been consistently busy since reopening — excluding this mind-bogglingly strange week — even with the added barrier of acquiring a Park Pass and using the Park Hopper option day-to-day.

While Parks like Magic Kingdom and Disney’s Hollywood Studios book up faster than most, thanks to attractions like Space Mountain and Cinderella Castle at the former, and Star Wars: Rise of the Resistance and Slinky Dog Dash at the latter, EPCOT, and Animal Kingdom tend to remain available for longer stretches of time. Both, of course, have must-do attractions (Guardians of the Galaxy: Cosmic Rewind and Frozen Ever After, for example), but demand for the others is always higher.

Disney’s Animal Kingdom is the largest theme park in the world and blends zoological endeavors with the expected theme park fare of attractions and themed experiences. From Expedition Everest — Legend of the Forbidden Mountain in Asia to Avatar Flight of Passage in Pandora — The World of Avatar, Discovery Island to Finding Nemo: The Big Blue… and Beyond!, Kali River Rapids to Festival of the Lion King, the Disney Resort is hugely popular among Guests.

One highlight of Animal Kingdom’s offerings is the Kilimajaro Safaris attraction in the Africa section of the Disney Park. Taking Guests across the African savannah with a witty, comedic guide that can match any Jungle Cruise skipper, Kilimanjaro Safaris perfectly encapsulates what Animal Kingdom is all about.

However, what happens if disaster strikes?

Popular TikTok account Dapper Manatee’s CC (@dappermanatee), who so happens to be a former Cast Member, revealed the horrifying truth about the crocodile enclosure.

Replying to a comment about whether Cast Members have to drive off if a Guest falls into the water during the attraction, the content creator revealed it was a true fact. Watch the video below:

The creator states this is what he knows from his Disney College Program roommate who worked Kilimanjaro Safaris — it is seemingly corroborated multiple times in the video’s comments — and that safari drivers must drive off if Guests fall into the Nile crocodile enclosure. Why? To stop other Guests from being traumatized by seeing the potential aftermath of such an accident and jumping in after them. He says:

“Basically if a Guest were to drop something out and fall out of the vehicle to get it, those Nile crocodiles would eat him. But, here’s where it gets fun. The reason [the safari drivers] must speed off? It’s to keep other Guests from jumping in after them, so then instead of just having one person destroyed by Nile crocodiles, you would then have two. So the Cast Member is saving you from doing that. And you know, lawsuits […] so the safari driver must drive as fast as they can to get back.”

Related: Filming at Disney World Could Soon Be Banned Altogether

Unfortunately, despite multiple instructions and safety warnings, some Guests still climb out of the moving safari vehicle while experiencing this attraction, most of the time for dropped items such as mobile phones. Thankfully, never near the Nile crocodiles.

Have you ever witnessed anyone jumping out of a vehicle on Kilimajaro Safaris? Let us know in the comments down below!