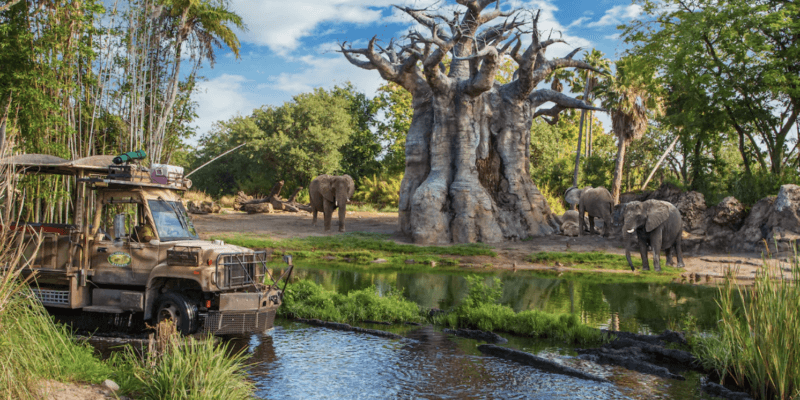 Some Disney theme park jobs are more challenging than others and, while it might seem that the drivers at Kilimanjaro Safaris have one of the most enjoyable posts on Disney World property, they are also at the mercy of wild animals who do not understand they are living in a theme park attraction.

One Cast Member, for example, shared a tale about having to “keep high-paying Guests amused” while their safari truck was stopped by a rhinoceros napping in the road for 60 minutes.

Related: The Water on Pirates of the Caribbean Could “Give You an Infection”

Furthermore, they are among the only Cast Members who have the ability to truly go off-the-grid, if they so choose. They are not driving on a track — and apparently this knowledge is enough to convince The Walt Disney Company to give Kilimanjaro Safaris drivers a bit of a pay boost.

“I worked at Kilimanjaro Safaris in Animal Kingdom. A little secret: we got paid a dollar more than all other attractions because we not only spiel, but drive 35+ guests in a truck on an uncontrolled trail. If we wanted to, we could’ve driven right out into the river where the crocs are and told you all to ‘run.’ Hence the extra dollar an hour to keep us from doing something so crazy.”

Because of the nature of Disney’s Harambe Wildlife Reserve, anything can happen on Kilimanjaro Safaris — and sometimes does.

That’s what it makes sense that the safari drivers are paid just a little bit extra — not only to keep them from doing something “crazy” but to put up with all of the will things that have occurred on the popular ride. Make sure you check it out next time you visit Disney’s Animal Kingdom Park!