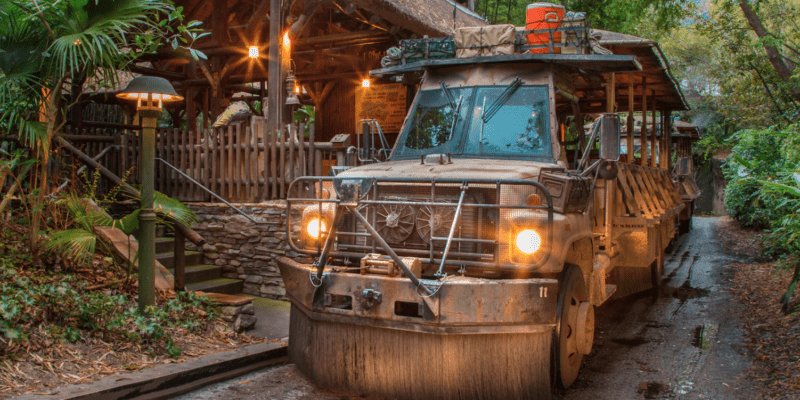 Walt Disney World is filled with unique attractions, from thrill rides such as Expedition Everest to iconic attractions including “it’s a small world”. One of the more popular rides is Kilimanjaro Safaris, which is located Disney’s Animal Kingdom theme park.

If you aren’t familiar with Kilimanjaro Safaris, riders are able to board a ride vehicle as they are brought on a tour through the safaris at the Disney Park — spotting several different animals including flamingos, lions, giraffes, rhinos, and more!

But what happens if during your safari tour, a Guest jumps out of the ride vehicle?

According to The Mouselets, this actually happened in 2019. While riding Kilimanjaro Safaris, a Guest dropped their phone out of the safari vehicle and jumped out to get it. Luckily for the Guest, the driver was able to stop and let them back into the ride vehicle; however, this usually can’t happen as the drivers are told to leave the Guest if the exit the vehicle due to the safety of the rest of the Guests.

The driver actually said they put their own life, as well as everyone else’s, at risk by stopping to allow the one Guest get back into the vehicle after jumping out to recover his phone.

When the ride was over, security was waiting to escort him out of the Park. As Cast Members clearly say at the start of your safari tour, Guests must keep all hands, arms, feet, and legs inside the ride vehicle and to secure any personal belongings because if anything gets loose and falls out of the vehicle, they are not allowed to stop to allow Guests to recover anything.

This actually happened more recently as well, in December 2021, which you can read more about here.

Therefore, if a Guest ever jumps out of the safari ride vehicle, they could potentially get stuck as the drivers are not supposed to stop to let you back in for the safety of themselves as well as everyone else in the safari truck. Additionally, you will more than likely be kicked out of the theme park for breaking the rules.

Have you ever witnessed a Guest jump out of the Kilimanjaro Safaris ride vehicles? Let us know in the comments below.