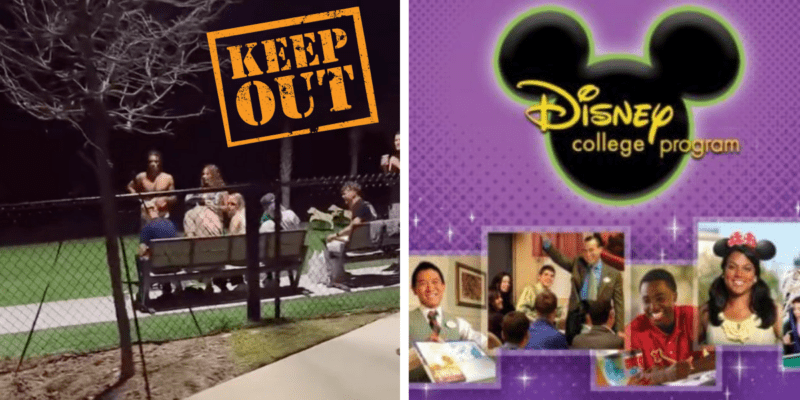 The Disney College Program (DCP) returned to Walt Disney World Resort in 2021 after a sudden cancellation due to the COVID-19 pandemic. The program allows thousands of college students and recent graduates to live, learn, and work at the Disney Parks, Resort hotels, and Disney Springs.

The Florida Disney Park recently sold its former Disney College Program housing complexes – Vista Way, Chatham Square, Patterson Court, and The Commons –  in favor of an all-new, massive Resort-style complex called Flamingo Crossings. While participants are overwhelmingly happy with the apartments and amenities, some nearby Orlando residents struggle to adjust.

Mik (@miksstuff) lives in an apartment complex across from Disney-owned Flamingo Crossings. Since July, mostly French Disney Program participants have been using her complex’s private dog park to smoke and drink underage.

The frustrated local shared three videos of her experience with the DCP participants. In the first video, Mik kindly asked the students to go home and explained that the dog park was private property:

Guys I’ve been nice, you need to stop or I’ll just get the police next time #dcp #disneycollegeprogram #disneycp #disney

The DCP participants claimed not to know and apologized to Mik. She explained she’d told other groups to leave several times and demanded they do the same. Eventually, the Disney College Program participants packed up their folding chairs and bags of drinks and left.

“This is trespassing & underage public drinking. I’m sick. I’m calling the police next time,” Mik wrote in the comments of her video.

A few commenters urged Mik not to call the police as even if the students are under 21, they may be used to drinking in their home country. But she said it’s been a frequent problem and has been avoiding calling the police for months:

If they refuse to listen to reason maybe they will listen to law enforcement. If I go to another country I don’t expect the laws of my country to apply…I am going to the housing center *again* first thing tomorrow, but this has been a problem for MONTHS. If they can’t learn, then that’s no longer on me. If someone gets deported I’m sure they will stop coming to the park. It’s extreme, but if they can’t listen they will learn…Also* if they were 21 & in a Non-Wellness DCP Apartment, they could drink there. Plus there’s a bar in walking distance. It’s a big red flag for them to be hiding in the dog park with alcohol… they wouldn’t need to do that if they were legal…

Mik later shared a second video, which took place in July. She told the students she wouldn’t post it if they didn’t come back, but they did:

“This is my apartment complex. I live here, guys,” Mik told the Disney Program participants. “You can’t be drinking and smoking in my dog park because the dogs, they come in here, and they do their sh*t. They don’t wear shoes. You guys gotta get the f**k out.”

The students claimed not to see the “private property” and “no eating or drinking” signs. Mik again asked them to leave, telling them it was dangerous for dogs to walk where there could be broken glass from alcohol.

In the video, Mik said the students told her they wanted to escape the loud music at Flamingo Crossings and promised to clean up after themselves. Still, she reminded them they were on a no-smoking, private property and shouldn’t be drinking in public, especially underage.

“I PAY MONEY, TOO MUCH money, for people underage people to come in & make the park dangerous for my & other residents pets,” Mik wrote in a comment. “There are literally bars in walking distance from the DCP housing, but if they aren’t hanging out in bars & bringing alcohol to my park… illegal + 🚩” 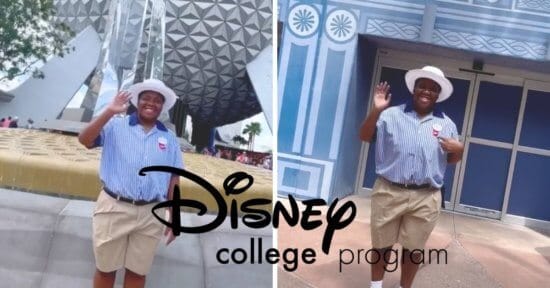 While some commenters tried to defend the students, Mik stood firm: “These people breaking the law are not homeless. They are entitled.”

Mik said she had contacted the Disney College Program housing complex multiple times, but nothing changed. She plans to call law enforcement if they trespass again and hopes the videos may inspire The Walt Disney Company to take action.

It’s important to note that other than Mik’s account, there is no proof that these students are underage. However, they are trespassing on private property and repeatedly breaking complex rules.