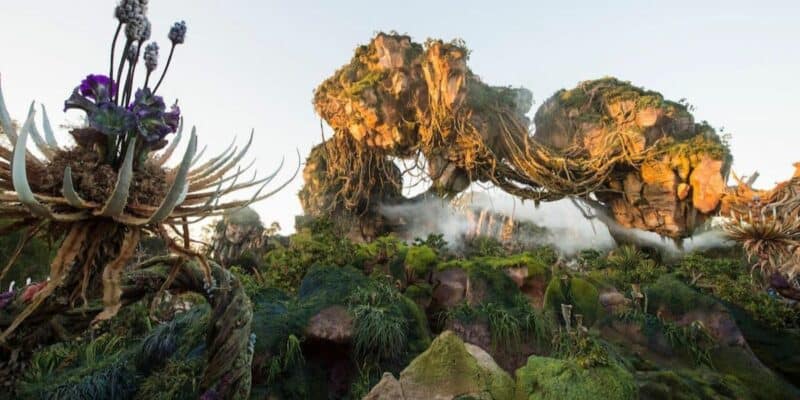 Pandora – The World of Avatar, is a beautiful land situated within Animal Kingdom Park at the Walt Disney World Resort. Opened in 2017, this themed land is based on the visually stunning world of Pandora featured in the film Avatar.

But even amid all the beauty of the Park, with its gorgeous plants and scenery, there are still some interesting details you’ve probably missed while wandering around this land.

On Instagram, @disney shared a video discussing some fascinating details that can be found throughout the land of Pandora at Disney’s Animal Kingdom.

Be on the lookout for these hidden details scattered throughout Pandora at Disney’s Animal Kingdom Theme Park next time you visit @WaltDisneyWorld! 🔎

In the video, the narrator pointed out that there are 22 floating mountains, up to 130 feet above the valley floor. You might also be able to spot the Pandoran stingbats in some of the rocks.

Within the land of Pandora, there are so many beautiful plants for Guests to view and appreciate. Horticulturalists at Disney planted more than 500 trees and almost 10,000 shrubs across the Pandoran landscape. Some of these plants are bioluminescent, meaning they glow, and some are even interactive.

After exiting the Avatar Flight of Passage attraction, look on the wall for three red handprints with initials. These handprints are of those who were involved in the making of or inspiration for Pandora. This includes Pandora lead design Imagineer Joe Rohde, Avatar director James Cameron, and Avatar producer Jon Landau.

And finally, while you’re on the Na’vi River Journey attraction, you’ll spot the Shaman of Songs, which is one of the most impressive Disney audio-animatronics, standing at almost 10 feet tall.

Have you ever noticed any of these details at Pandora? Were there any other details you saw throughout the land of Pandora that weren’t pointed out in the video? Tell us below!