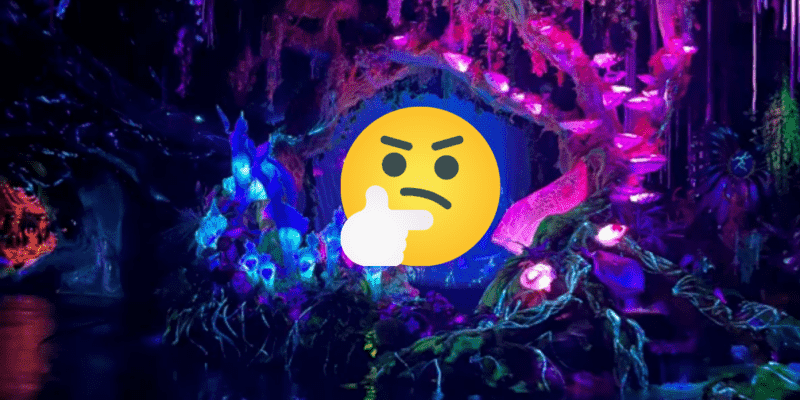 There are two rides in Pandora: The World of Avatar at Disney’s Animal Kingdom.

One of them, Avatar: Flight of Passage, is an intense simulator ride that boasted five-hour waits during peak season for over a year following its opening. From Disney:

The other ride, Na’vi River Journey, is a slow-moving boat ride through Pandora’s natural swamp. From Disney:

For most Guests, the real delight comes at the end of Na’vi River Journey, when a beautiful animatronic Shaman of Songs truly brings the world of Avatar (2009) to life.

Unfortunately, a few Guests had an unwelcome surprise at the end of their boat ride through Pandora this week. Instead of the Shaman of Songs, Guests were greeted with a screen replacement. u/RedVermicelli8060 posted to Reddit:

The Shaman of Songs animatronic has gone viral multiple times for breaking down mid-ride and occasionally goes missing for repairs or regular maintenance.

When the multi-million dollar animatronic was installed at Disney’s Animal Kingdom, Disney Imagineers placed her on a platform that can easily slide out of view of Guests without disturbing any of the surrounding props. This allows for easy and quick repair, unlike other animatronics at Walt Disney World, like the Yeti, which has been broken for years after Disney discovered its repetitive movement was damaging the Expedition Everest mountain’s infrastructure. 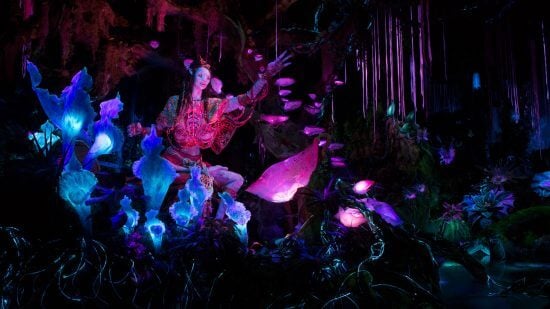 If you happen to find yourself aboard Na’vi River Journey when the Shaman of Songs animatronic is missing, some Reddit comments suggest asking for a return time from Cast Members to skip the line and ride again.

u/jeanvaljean_24601 wrote, “Yup, that happens. You can request a return time. In a later reply, the user said Disney is willing to give return times “because the shaman is pretty much the main reason to do the ride.”

Have you ever seen a missing or broken animatronic on a Disney ride? Let us know in the comments!