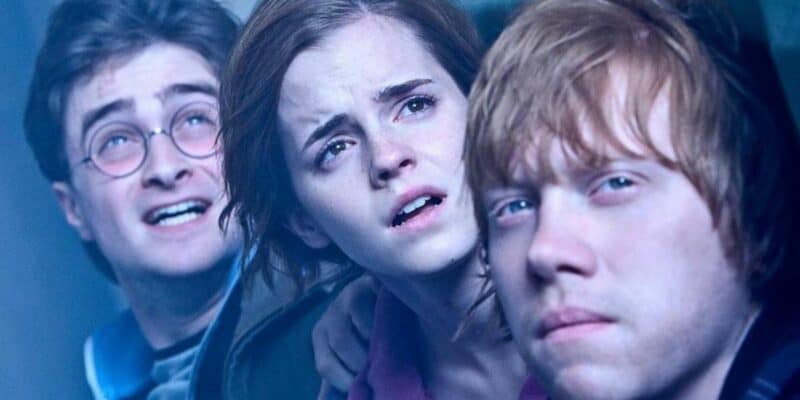 Rumors that Warner Bros. is planning to “reset” the Harry Potter film series continue to spread throughout the Wizarding World like stories of Voldemort’s return. For now, only one thing’s for certain — the last two Fantastic Beasts films did very little to impress at the box office.

Now, the studio is apparently looking to start over, while a major Harry Potter recasting is also reportedly underway. In the meantime, however, there’s still a new Wizarding World installment in development — in fact, it’s now only months away from release.

Other characters from the Harry Potter timeline have also been confirmed, such as Nearly Headless Nick and the Sorting Hat.

Check out the official Phineas Nigellus Black announcement below:

While Hogwarts Legacy isn’t necessarily canon with the Harry Potter books and films and the Fantastic Beasts spin-off series, it undoubtedly ties into established Wizarding World lore — even if recent promotional material contradicts certain aspects of that lore.

And as the game is set in the 1800s, it serves as a prequel of sorts to Harry Potter, telling a story some 100 years before “the Boy Who Lived” ever steps foot inside Hogwarts. It even looks like a Fantastic Beasts prequel in its own right, given the emphasis on magical creatures.

Though the Wizarding World reportedly on the brink of a major reset and recasting, an actor from the Harry Potter films has also been confirmed to have lent their vocal talents the game. Has a Harry Potter character used a Time-Turner to visit a much younger version of Hogwarts? Or is there a Wizarding World Multiverse we didn’t know about?

Well, not quite. Actor Luke Youngblood, who plays Gryffindor student Lee Jordan in the Harry Potter films, was also recently confirmed as one of the game’s voice actors, playing new character Everett Clopton, “a Ravenclaw and a half-blood underachieving rule-breaker and prankster.”

Exactly what the rumored reboot or recasting will look like remains to be seen, but given the fact that Hogwarts Legacy is a prequel that isn’t necessarily bound by canon, there’s every possibility that it will mark the beginning of a new continuity for the Harry Potter franchise.

Related: 5 Ways ‘The Clone Wars’ Could Save ‘Harry Potter’ From a Major Reset

Hogwarts Legacy features extensive character customization, stunning open-world environments, the opportunity to become a dark wizard, and many endings depending on the path you choose.

Are you happy to see Luke Youngblood back in Hogwarts? Let us know in the comments down below!