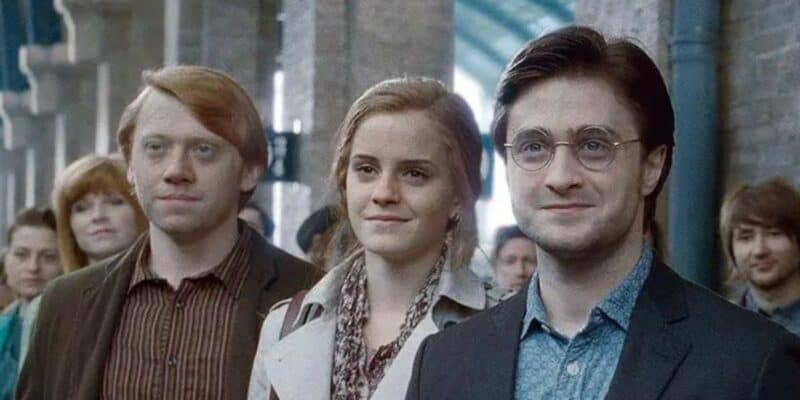 There has been a lot of negative press surrounding the Harry Potter franchise in recent years, whether it’s all the drama relating to Fantastic Beasts actors Johnny Depp (Gellert Grindelwald) and Ezra Miller (Credence Barebone), or the Wizarding World creator herself, JK Rowling.

Recently, it was reported that Warner Bros. is apparently looking to reboot the Harry Potter franchise, due to the underwhelming critical and financial performances of the last two Fantastic Beasts films. And according to recent rumors, that reboot will involve a complete recast!

But until that happens, in the meantime there is another Harry Potter installment just around the corner, which will keep us entertained and hopefully distracted from all those soul-sucking stories about Twitter rows and courtroom battles and so on.

Hogwarts Legacy (2023) is an open-world game set in the Wizarding World, which allows players to forge their own path at Hogwarts School of Witchcraft and Wizardry and beyond.

Recent gameplay showcases have teased many things, from extensive character customization to stunning open-world environments. It has also been confirmed that the game allows you to become a dark wizard, while there are many endings depending on the path you choose.

Now, the official Wizarding World website has unveiled a brand-new frequently asked questions page — in addition to the existing one over at the official Hogwarts Legacy website — to answer many questions fans have about the upcoming game.

It’s a pretty extensive scroll, so it might take you quite a while to read through it. But don’t worry, because we’ve picked out the most notable detail that Warner Bros. has now revealed about the game.

We’re fully aware that Hogwarts Legacy is set during the late 1800s, and as such, none of the characters from the Harry Potter books and films can appear. Right? Wrong! According to the new FAQ page on WizardingWorld.com, there will be some familiar characters in the game.

In response to the question, “Are there any Harry Potter characters I know in Hogwarts Legacy?”, here’s what the website has stated:

Although you will meet many new characters in Hogwarts in the 1800s, there are some familiar faces that have frequented the castle for a long, long time. In the footage we’ve seen so far, we’ve spotted Nearly Headless Nick, the Gryffindor house ghost, Peeves, the unruly poltergeist and The Fat Lady portrait. Speaking of ghosts, of course, Professor Binns is still hanging around (or should that be floating around) teaching History of Magic, which leads us to wonder if we’ll run into the other ghosts from Harry’s time at Hogwarts, such as The Grey Lady, The Bloody Baron or the Fat Friar. We’ve also seen references to other historical characters dotted around the castle, such as a bust of Ignatia Wildsmith, the inventor of Floo Powder. We’re sure we’ll spot more when we finally play.

With the exception of Peeves, who appears only in the books, these characters appear throughout the Harry Potter movies. But does their appearance make Hogwarts Legacy canon? Well, while it hasn’t been explicitly stated that it is not canon, the website does confirm the following:

While Portkey Games are not direct adaptations of the books and films, the games are firmly rooted in the magical universe of the Wizarding World. While remaining true to J.K. Rowling’s original vision, Portkey game developers chart new territory by creating fresh ways for fans to immerse themselves in the Wizarding World.

With that said, recent teases suggest that the game has rewritten certain aspects of established Wizarding World lore. One video shows Acromantula web in the Forbidden Forest, long before the creatures are believed to have made their home there. And a more recent clip shows what appears to be Tom Riddle’s diary in Hogwarts, some half a century before Riddle’s time at the school!

JK Rowling hasn’t been fully involved with the game, however, the official Hogwarts Legacy website does state that the developers have collaborated closely with her, saying:

J.K. Rowling is not involved in the creation of the game, but as creator of the wizarding world and one of the world’s greatest storytellers, her extraordinary body of writing is the foundation of all projects in the Wizarding World. This is not a new story from J.K. Rowling, however we have collaborated closely with her team on all aspects of the game to ensure it remains in line with the magical experiences fans expect.

So while it sounds like JK Rowling hasn’t had all that much to do with the development of Hogwarts Legacy, it hasn’t stopped a number of fans threatening to boycott the game.

Are you excited to see characters from the Harry Potter timeline appear in Hogwarts Legacy? Let us know in the comments down below!