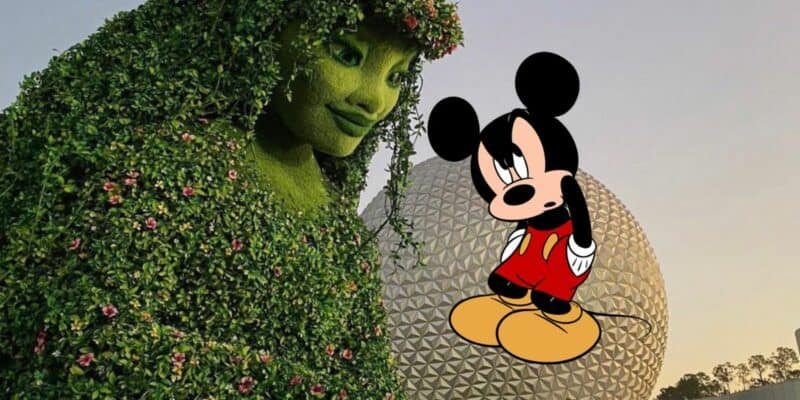 The last few years have been quite exciting for The Walt Disney World Resort in Orlando, Florida. From exciting new rides to thrilling experiences, Guests have had a lot to look forward to as of late.

With recent expansions at the Walt Disney World Resort, like Star Wars: Galaxy’s Edge at Disney’s Hollywood Studios and even Pandora – The World of Avatar at Disney’s Animal Kingdom, Disney has knocked it out of the Park in terms of interactivity and technology.

Starting back in 2019, Walt Disney World officially welcomed its version of Star Wars: Galaxy’s Edge, an immersive new land that plants Guests directly on the fictional planet of Batuu.

This new land features two rides, multiple shopping centers and of course, a ton of Star Wars-inspired treats. The main draw of the land has to be Star Wars: Rise of the Resistance. This e-ticket attraction at Hollywood Studios has become arguably the most popular ride in the Parks.

A big part of the Star Wars: Galaxy’s Edge expansion is the Star Wars: Galactic Starcruiser. This state-of-the-art hotel is advertised as an incredibly immersive experience, allowing Guests to live out their very own Star Wars adventure while onboard the Corellian-made Halcyon starcruiser.

The cheapest option offered to Guests is a whopping $4,809 for two occupants in a single stateroom on a two-night journey. The price for four Guests jumps to just under $6,000 for the same amount of time, meaning you’ll need a lot of galactic credits or need to know a bounty hunter or two to afford a stay on this luxury “ship.”

When it comes to Lightning Lane costs, Star Wars: Rise of the Resistance at Disney’s Galaxy’s Edge has the most extensive price tag ranging up to $20.00 per person per ride, and they are always sold out in seconds each morning. Wait times tend to be around 4-5 hours at times, and Guests will gladly wait.

Despite Disney’s Animal Kingdome and Disney’s Hollywood Studios both receiving major upgrades in the last few years,  one Disney Park boasts the two newest rides in the entire Resort.

EPCOT is perhaps the most confusing Park in all of Walt Disney World, as it contains multiple themes that tend to clash with each other. For those unaware, EPCOT has been undergoing a massive overhaul for quite some time now.

One of the biggest changes happening at EPCOT is the creation of three brand-new lands, replacing what is currently known as Future World. These three new lands will allow all of EPCOT to feel connected with four neighborhoods that speak to each important aspect of the world.

World Showcase, which is not changing during this transformation, will be joined by World Celebration, World Nature, and World Discovery. We learned even more about one new area coming to EPCOT at Disney’s D23 Expo a few weeks ago.

In 2019, Disney announced that Journey of Water, an all-new attraction themed after the story of Moana, would be arriving at EPCOT. At D23, a scale model was shown off of the Te Feti sculpture/water feature. Once open, this installation will stand 16 feet tall.

The new additions to the Parks over the years have only advanced the issue of EPCOT’s identity crisis, but this doesn’t mean the Park isn’t fun to visit, especially considering it just received its first true “thrill ride.”

Located at EPCOT, Guardians of the Galaxy: Cosmic Rewind is the Park’s first-ever roller coaster as well as Disney’s first foray into a new ride technology. The coaster features a lot of high-tech features and theming, including an impressive pre-show and queue.

Disney Park Blog describes the innovative technology for this new attraction as an “Omnicoaster”:

The ride has been described as a mix between Magic Kingdom’s Space Mountain and Hollywood Studios’ Rock ‘n’ Roller Coaster, and while the ride is generally family-friendly, it has proven to cause motion sickness in quite a few Guests. However, the reaction to the new ride has been very positive among Guests, which is very exciting, especially considering this is EPCOT’s first-ever roller coaster.

The ride is still new, and kinks will still need to be worked out. We just covered a bizarre situation where the ride actually failed and rolled backward with Guests still on it. There’s also a certain area in the queue that tends to leave Guests trapped, with dozens of Guests huddled into a tight space.

The coaster features a lot of high-tech features and theming, including an impressive pre-show and queue. However, plenty of Guests have shared their not-so-magical experiences aboard the new coaster. For one, it tends to make Guests sick if they happen to be prone to motion sickness.

This was such an issue that Disney actually had barf bags at the ready at the end of the ride. Guests have voiced concerns about a certain chokepoint in the line as well.

As you can see in the video shared on TikTok below, dozens of Guests were trapped in a very tight space in the queue for this new ride:

This is far from the first time we have seen Guests stuck in this tight space. This section of the queue operates in a similar way to Star Wars: Rise of the Resistance, with multiple parts of that line forming chokepoints for Guests to squeeze through. This also happens on rides like Haunted Mansion and Pirates of the Caribbean at Magic Kingdom.

It is important to note that Cosmic Rewind utilizes a Virtual Queue system, similar to how Star Wars: Rise of the Resistance operated when it first opened. Per Disney: 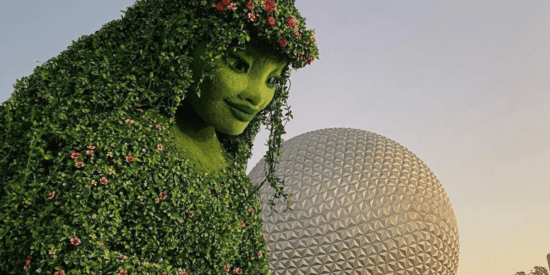 One of the other new attractions to hit the Disney Parks is Remy’s Ratatouille Adventure at EPCOT. In this 4D ride, Guests join Chef Remy as they scurry through Gusteau’s famous Paris restaurant. However, just like Guardians of the Galaxy: Cosmic Rewind, this new ride has faced a few issues of its own.

Several Guests have reported that the ride has been evacuated and was missing effects. Check out the video down below of Guests having to evacuate it:

Another video was shared recently to TikTok, with one very unlucky Guest encountering issues on both of EPCOT’s newest attractions. Check out the video down below:

As you can see, the Guest shared their experience of getting stuck on not one but two brand-new attractions at Walt Disney World, those being the previously mentioned Guardians of the Galaxy: Cosmic Rewwind ad Remey’s Ratatouille Adventure, both of which are located at EPCOT.

In addition to Remy’s Ratatouille Adventure, Guests who visit EPCOT have the opportunity to experience many other exciting attractions including Spaceship Earth, Mission: Space, Frozen Ever After, Test Track, The Seas with Nemo & Friends, Gran Fiesta Tour Starring the Three Caballeros, Living with the Land, Journey into Imagination with Figment, Soarin’ Around the World, and many more.

As time moves on, most of these technical issues should resolve themselves. New rides always have some bugs that need to be worked out. With so many great experiences on the way, the future is looking very bright for the Walt Disney World Resort.

Have you had a chance to ride either one of these new rides at Walt Disney World?