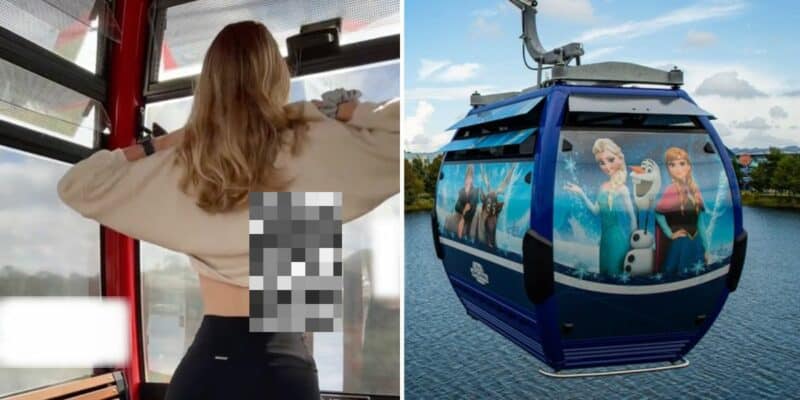 Related: Remnants of Disney World Hotel Seen Being Hauled Off

A video was just shared on TikTok of a Guest flashing her chest while riding the Skyliner at Walt Disney World. There is no nudity visible in the video, but we will warn you that the video is still explicit in nature. You can check it out down below:

Uh oh! Is this a thing now?

Uh oh! Is this a thing now? pic.twitter.com/DFnzYQFfm9

The Guest lifts their shirt up right as they pass another gondola going in the opposite direction. Thankfully, most, if not all, of the gondolas have a screen on them, meaning Guests can see out but not into the ones that they pass along their journey.

This kind of behavior is not only discouraged but could land the Guest in serious trouble with Disney.

Stay tuned for updates on this story.