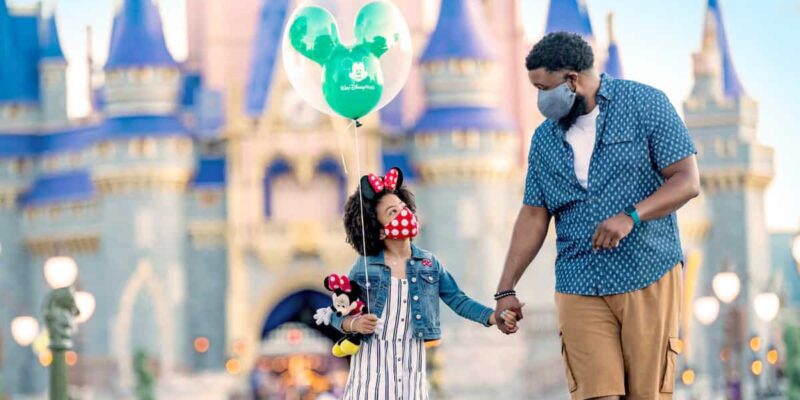 As Inside the Magic recently reported, a former Walt Disney World Cast Member has filed a lawsuit against the company over COVID-19 protocols.

Tamara Wolverton, the filer of the suit, is an unvaccinated es employee of the Disney Parks employee, who claims that she had her civil rights violated when she was forced to wear a mask at work.

Tamara Wolverton claims that she had requested an exemption from the company’s mandate during the height of the COVID-19 pandemic that all employees receive the COVID-19 vaccine due to her “religious beliefs.”  She states that her request was “ignored” by management.

Wolverton was then fired in March of 2022 after she was “told by her supervisor that she would be placed on investigatory suspension if she did not wear a mask.”

Now, four additional former Disney employees have joined the lawsuit against the company, as reported by the Orlando Sentinel. These four ex-Cast Members also refused to be vaccinated for COVID-19 or wear a face mask while at work.

The four former employees include Steven Gibbons, Cheron Hayes, Cathryn Koepke, and Seth Schmidt, who all added their names to the lawsuit on December 23.

Back in February of 2022, Walt Disney Parks and Resorts altered its face mask policy, making wearing a mask optional for vaccinated employees working indoors. The plaintiffs state that they opposed the vaccine for various reasons, calling vaccination an “unnatural process, contrary to the God-given immune system.”

The lawsuit shows that workers filed complaints about Disney’s practices against authorities, including the Florida Attorney General. The group of former employees is seeking a declaratory judgment that Disney’s mandate is “unlawful and violated their privacy rights under the state constitution.”

Lawyer Rachel Rodriguez said in an email the group is “looking forward to Disney’s coming to the table and responding to the claims.”