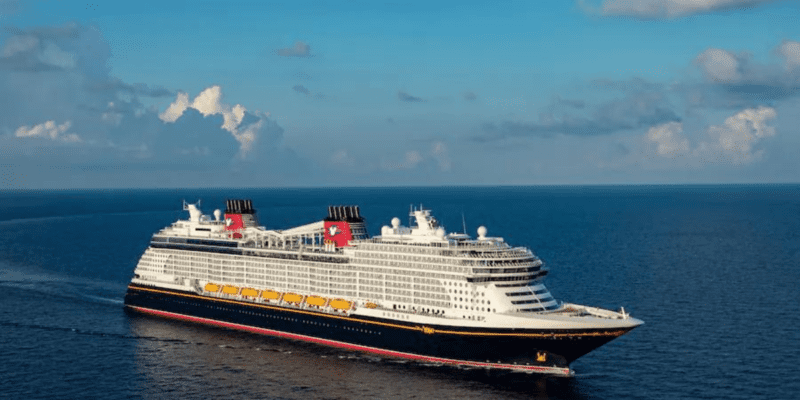 Guests aboard the Disney Dream cruise ship had their vacation halted during an emergency rescue of a stranded man. spotted in the ocean. This was just revealed on Twitter by James Shaw (@JamesDShaw):

Wild. We’ve stopped of the coast of Havana to help this guy. #DisneyDream

Wild. We've stopped of the coast of Havana to help this guy.#DisneyDream pic.twitter.com/YDagwLD9C0

The thread continued with the following photo:

He’s a 29 year old man from Cuba. Cuban Coast Guard is on the way. He’s on a boat with a crew from the Disney Dream now.

He's a 29 year old man from Cuba. Cuban Coast Guard is on the way. He's on a boat with a crew from the Disney Dream now. pic.twitter.com/Y7xh8TYkyT

The stranded person is reportedly a 29-year-old Cuban man. This story is breaking news. As of now, no official information has been given out regarding the rescue.

This is far from the first time we have seen Disney get involved in a rescue mission alongside the Coast Guard and other emergency services.

Last year, the Disney Fantasy halted its voyage to aid the Coast Guard during a tragic situation. The incident occurred 50 miles off the coast of the Little Torch Key in the Florida Keys, causing the death of multiple people.

Last summer, Carnival Cruise Line also aided in a rescue mission on its way back to its home in Port Canaveral. The Carnival Cruise ship in question was the Mardi Gras, with the crew spotting a small vessel on the open sea near Cuba around 8:00 a.m.

Mardi Gras was on the final day of a seven-day sailing experience, and was able to bring all 16 Cubans on board and return them to dry land. Mardi Gras returned to Port Canaveral this weekend. Surprisingly, the number of Cubans picked up from the seas has increased in recent months, according to a U.S. Coast Guard press release. Since Oct. 1 of last year, the Coast Guard has picked up 2,146 Cubans.