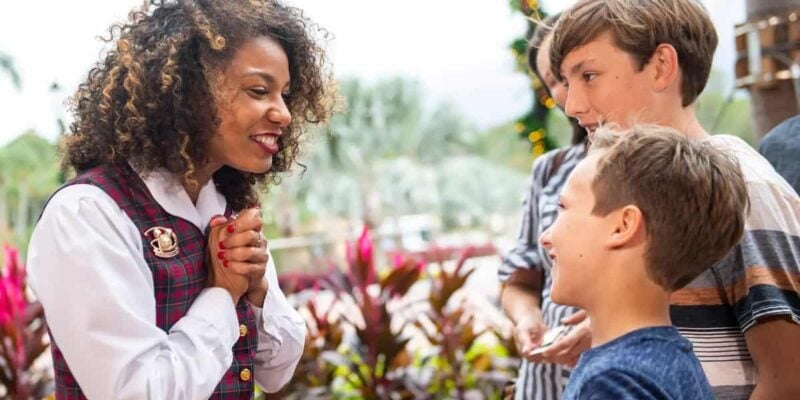 It appears that The Walt Disney Company is embroiled in yet another lawsuit.

The Walt Disney Company has been at the forefront of theme park entertainment for decades, with the essential perfection of the Disney formula imbibing its international Parks with an extremely honed Guest experience, cutting-edge technology (see: the upcoming augmented reality additions to Haunted Mansion), full-sensory immersion, and fun rides and attractions for the whole family — even if sometimes wait times are ridiculous.

However, Cast Members who are employed by the theme park giant may not always see eye to eye with their employer.

A complaint is being filed in Florida courts, where Walt Disney Parks and Resorts US Inc. is getting sued by the plaintiff Tamara Wolverton. Wolverton is an unvaccinated former Disney Parks employee, who claims that she had her civil rights violated when she was forced to wear a mask at work, according to TopClassActions.com.

Apparently, Tamara Wolverton had requested an exemption from the company’s mandate during the COVID-19 pandemic that all employees receive the COVID-19 vaccine, due to her “religious beliefs”. Her request was allegedly “ignored”.

In February of last year, Walt Disney Parks and Resorts “revised its face mask policy to make wearing a mask optional for vaccinated employees working indoors at the resorts”, however:

Wolverton says she refused to wear a mask “based on religious discrimination” and informed her supervisor that she wanted to work without a mask like her co-workers. Her request was allegedly denied, and she continued to push to go mask-free at work.

She was then fired in March, 2022, after she was “told by her supervisor that she would be placed on investigatory suspension if she did not wear a mask”.

However, the Augmented Health and Safety Protocols still applied to those employees who had not verified their vaccination status and required face coverings both indoors and outdoors.

She also alleges that:

… Denial of her request for religious accommodation and subsequent termination were “unlawful acts of discrimination and retaliation” in violation of provisions of Title VII of the Civil Rights Act of 1964.

Now, the ex-Disney employee is apparently “seeking back pay, damages and reinstatement”.

Do you agree that this former Disney Cast Member ought to have been fired? Share your thoughts in the comments below!

The Walt Disney World Resort in Orlando, Florida, is the “Most Magical Place on Earth”, created by Roy Disney’s hard work to honor his brother Walt. It houses multiple theme parks within the Disney Resort, including the Magic Kingdom Park, Disney’s Animal Kingdom, Disney’s Hollywood Studios, and EPCOT. Inside, Guests on a Disney Vacation can visit many stellar attractions and discover a multitude of ways to spend their day — from Guardians of the Galaxy: Cosmic Rewind to wandering around Cinderella Castle, sampling food around the world and enjoying events like the International Flower & Garden Festival — Walt Disney World is a truly unique Disney experience.