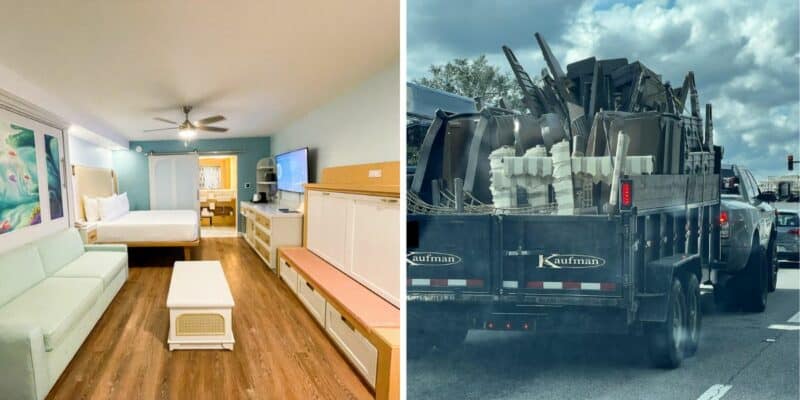 While the Walt Disney World Resort is most often associated with its rides and attractions, the sheer amount that there is to do outside of riding Space Mountain is daunting, to say the least.

The sheer size of the Resort cannot be understated. Featuring four Parks, including Magic Kingdom, EPCOT, Disney’s Hollywood Studios, and Disney’s Animal Kingdom, the two water parks Typhoon Lagoon and Blizzard Beach as well as over 25 hotels on a gigantic 27,000-acre property, Walt Disney World is a massive vacation destination.

A major aspect of Guests’ vacation comes with where they choose to come back to after a long day at the Parks. There are so many great hotels to stay at while on Walt Disney World property, like Disney’s Art of Animation Resort, Animal Kingdom Lodge, Disney’s Boardwalk Resort, Pop Century, and countless others.

This hotel used to feature some incredible pirate-themed rooms, as shown below:

Unfortunately, these rooms were discontinued last year in a surprise move by Disney.

Walt Disney World Resort announced that the ‘Pirates’ rooms would be retired on December 2022. The rooms were cleared out to make way for a major overhaul of the hotel. The new rooms will feature an “under the sea” theme and will include subtle nods to fan-favorite characters. The rooms will also accommodate more Guests and feature “updated finishing that can’t be found anywhere else at the Resort.”

It seems significant work is being done on these former pirate rooms, with one Guest sharing photos with us of all the themed decor being hauled off near the Walt Disney World Resort property:

As you can see, literal truckloads of what was left of these rooms are now being hauled off, presumably to a dump or possibly to be auctioned off eventually.

It’s also important to note that the Fuentes del Morro Pool at Disney’s Caribbean Beach Resort will be closed from January 2024 through April 2024 for routine maintenance.

Where is your favorite place to stay at Walt Disney World?