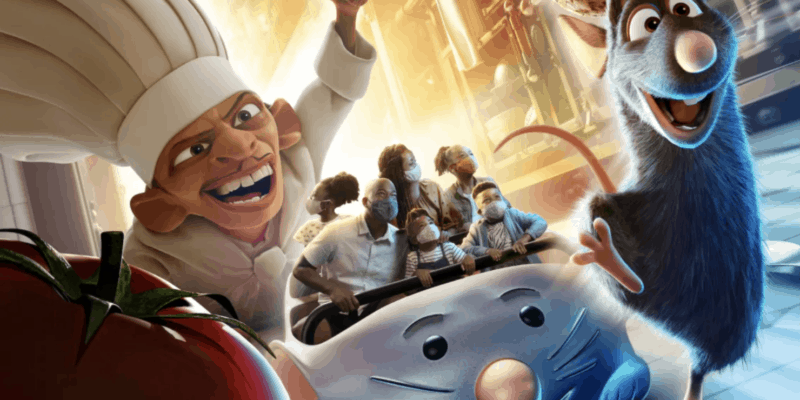 Walt Disney World Resort’s newest ride, EPCOT Park’s Remy’s Ratatouille Adventure, is officially opening to all Guests on Disney World’s 50th anniversary, October 1, 2021. However, the highly-anticipated ride is currently in its Annual Passholder preview phase, which means some lucky Guests are getting a first look at the France pavilion’s latest attraction.

Unfortunately, today, Remy’s Ratatouille Adventure — which is based on Disneyland Paris’s Walt Disney Studios Park ride Ratatouille: The Adventure — was evacuated during one of its preview rides.

It was a day of firsts! First time riding Remy’s Ratatouille Adventure AND first ride evac ever.

It was a day of firsts! First time riding Remy’s Ratatouille Adventure AND first ride evac ever. pic.twitter.com/CTiPdcCISx

It is worth noting that this isn’t the first time Remy’s Ratatouille Adventure has broken down during Annual Passholder and D23 Member previews. A similar situation occurred last week, and Disney is offering affected Guests a chance to go on the ride again at a later time.

At this time, Disney World officials have not commented on what caused today’s breakdown and subsequent evacuation at the EPCOT World Showcase.

Related: Disney Is in the “Final Stages” of NEW Guardians of the Galaxy Ride!

A Recipe for Excitement
In this 4D ride experience, join Chef Remy on a daring culinary caper that will captivate all your senses as you zip, dash and scurry through the bustling kitchen, dining room and walls of Gusteau’s famous Paris restaurant. C’est magnifique!

Virtual Queue Required
When Remy’s Ratatouille Adventure initially opens, in order to experience the attraction, Guests will be required to join the virtual queue. A standby queue will not be available at opening. The virtual queue will be limited and subject to availability. Each Guest can enter the virtual queue no more than once per day.

Are you looking forward to riding Remy’s at EPCOT soon?