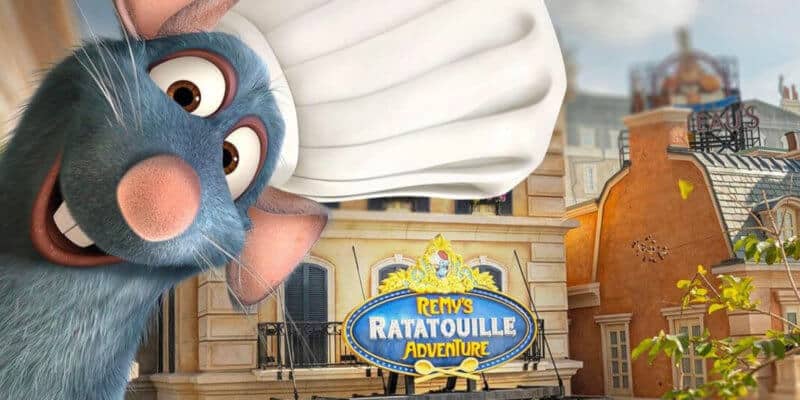 Today, Disney announced more details about its new digital service, Disney Genie. Disney Genie will allow Guests more flexibility when planning their days and maximize their time in the theme parks. Disney Genie will debut this fall and will be available to Guests at both Disneyland Resort and the Walt Disney World Resort.

Disney also announced that a new paid FastPass system — reimagined as Disney Genie+ — is coming soon to the Disneyland Resort and Walt Disney World Resort. Several attractions within Disney Genie+ while the attractions in the highest demand will be available for a la carte purchases, should Guests want to buy access to the Lightning  Lane (the new FastPass lane).

In addition to that news was the announcement that Disney’s newest attraction, Remy’s Ratatouille Adventure would be joining the ranks of Star Wars: Rise of the Resistance and WEB SLINGERS: A Spider-Man Adventure (at Disney California Adventure) and would use a Virtual Queue for Guests wanting to ride. The virtual queue system allows theme park Guests to join a line right from their My Disney Experience app when boarding groups open each day.

However, a virtual queue is not the only way Guests will be able to ride the new attraction. Remy’s Ratatouille Adventure will also be a part of the Lightning Lane system. While Remy’s will not be included in Disney Genie+, theme park Guests will have the option to purchase access to the Lightning Lane for an additional fee. Here is some more information on how Lightning Lane will work:

Individual attraction selections (available for purchase): Schedule a time to arrive at up to two highly demanded attractions each day using the Lightning Lane entrance – like Seven Dwarfs Mine Train at Magic Kingdom Park and Radiator Springs Racers at Disney California Adventure park (subject to limited availability; attractions not included with Disney Genie+). Pricing for this option will vary by date, attraction and park and will be announced closer to launch.

Remy’s Ratatouille Adventure will open on October 1, when Walt Disney World kicks off its epic 18-month 50th anniversary celebration. The ride will shrink Guests down to the size of a rat as they try to make their way through a busy restaurant in the heart of Paris.

What do you think about Remy’s Ratatouille Adventure using a virtual queue system as well as being available through the new paid FastPass system, the Lightning Lane queue as part of the new Disney Genie+? Let us know in the comments!