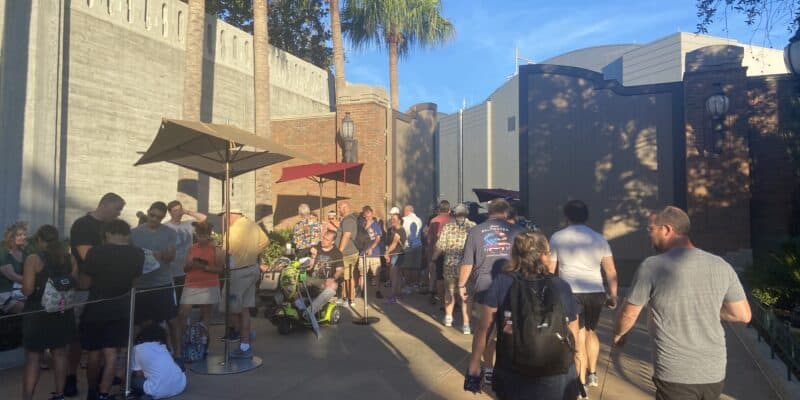 Just one week after the popular Rise of the Resistance ride at Disney’s Hollywood Studios decided to pause virtual queues and move to a standby line, Guests continue flocking to the Park to attempt to get in line early and experience the ride.

In case you were not aware, Disney made the decision to pause the use of virtual queue for Rise of the Resistance and, instead, move to a traditional standby queue for the first time since it opened in 2019.

The first day Rise of the Resistance offered a standby line, Guests poured into the Park at rope drop as they anxiously awaited for Cast Members to open Galaxy’s Edge to the public. The ride even hit a whopping 220-minute wait on the morning of September 23.

Now, just one week after this change, it seems Guests are continuing to rush into Hollywood Studios to attempt to experience Rise of the Resistance with as little wait time as possible.

Guests immediately fled to Galaxy’s Edge, which was not yet open to the public (unless you planned to stand in the Rise of the Resistance Standby queue).

Due to the amount of Guests, Disney had to open up backstage to accommodate and avoid crowds in the middle of the walkways, as seen in the images below.

Within a matter of minutes, the line still ended up extending into the walkway in front of Baseline Tap House, as seen in the images below.

By 9 a.m. EST, Disney had to open additional backstage space for the queue.

We have noticed that as the day goes on, the queue for Rise of the Resistance tends to drop and suggest if you want to avoid the morning rush, to check back later in the evening for lower wait times.