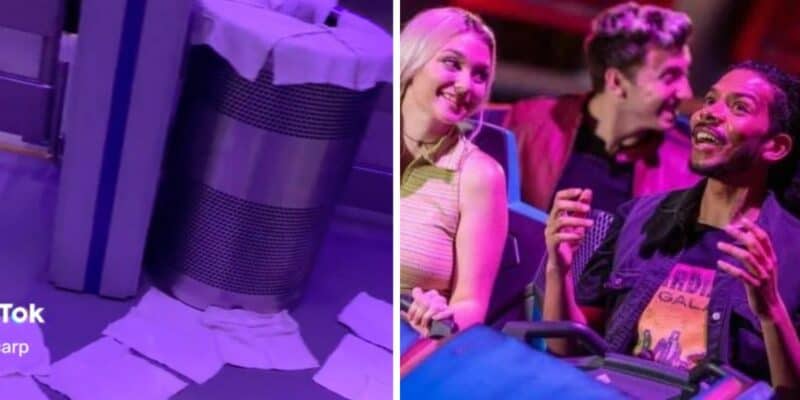 On May 27, 2022, Guardians of the Galaxy officially opened at EPCOT, becoming the Park’s first-ever roller coaster. The state-of-the-art roller coaster rotates 360 degrees and has the first-ever reverse launch on a coaster in Disney history.

The ride promises a thrilling and energetic experience, complete with multiple song choices and great re-rideability. Fans lucky enough to have already experienced the attraction have called it a mix between Space Mountain and Hollywood Studios’ Rock ‘n’ Roller Coaster.

However, this ride may prove to be too intense for some riders. Many Guests have reported intense motion sickness on Guardians of the Galaxy: Cosmic Rewind, similar to another EPCOT ride, Mission: Space. Walt Disney World quickly installed paper bag stations at the end of the ride.

In the months following the grand opening, things still haven’t quieted down in this regard, with Guests reporting motion sickness is a very real problem for some at this attraction.

A video shared to TikTok highlighted this further, showing how “popular” the trash cans at the exit of the ride tend to be. Check out the video down below:

Cosmic Rewind Trashcans are just built different. Protip: don’t sit in rows 7,8,9 or 10 and never ever look at the 🌚 of you get motion sick. #cosmicrewind #epcotrides #walruscarp

Cosmic Rewind Trashcans are just built different. Protip: don’t sit in rows 7,8,9 or 10 and never ever look at the 🌚 of you get motion sick. #cosmicrewind #epcotrides #walruscarp

As you can see, there was some sort of “mishap” earlier with towels and cleaning equipment in place around the trash cans. It’s also important to note that these trash cans are open-top, most likely for Guests experiencing motion sickness.

Have you been able to experience this attraction yet?