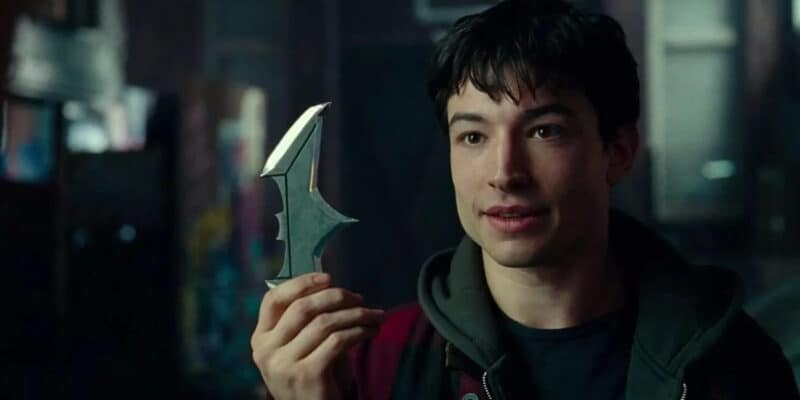 This year fans of the DC Universe — formerly, the DC Extended Universe — will finally get to see the next entry into the muddled franchise with Any Muschietti’s The Flash (2023).

Amid the controversy surrounding Barry Allen star Ezra Miller still raging on, the DC director has shared new information regarding the upcoming movie.

Warner Bros. Discovery is still in a realm of disarray. From CEO David Zaslav’s cancellation of almost complete projects to the removal of Henry Cavill as Clark Kent/Superman, no one really knows what is going on with the DC Universe. No one, it seems, but recently instated co-CEOs of DC Studios, James Gunn and Peter Safran, who claim that they have a slate ready to go in the coming weeks.

From the information already shared about the future of the DCU, it is highly possible that the studio will do away with everything that came before. The pair have already canceled Patty Jenkins’ Wonder Woman 3 with Gal Gadot, the aforementioned Superman, and left Dwayne Johnson out in the cold regarding Black Adam (2022) — a movie that claimed to be the savior of the DCU.

The franchise is haphazard at best, and many changes are still yet to come. With that said, some movies have survived the cull, at least for now. This year will see projects like James Wan’s Aquaman and the Lost Kingdom (2023), Shazam! Fury of the Gods (2023) from David F. Sandberg, and the controversial The Flash.

Ezra Miller will return for this solo outing after having appearances in other DCU movies like Justice League (2018) and Zack Snyder’s Justice League (2021). While Muschietti’s DC Comics film has reportedly tested very well with viewers so far, The Flash has been marred with controversy due to the problematic behavior of its leading star.

Miller, who also plays Credence Barebone in Warner Bros. Fantastic Beasts franchise, had a turbulent year which included arrests for assault, events of kidnap, endangerment, and hiding from the authorities including with Tokata Iron Eyes, whose parents claimed Miller had control of their daughter. Throughout Miller’s illegal escapades, Warner Bros. remained relatively tight-lipped on the matter. That was until the studio offered three options — one being to scrap The Flash altogether.

However, no reports of a cancelation of the DC film have been announced and instead Warner Bros. pulled the release of the film forward where it will go toe-to-toe with The Walt Disney Company’s Elemental (2023).

Now, director Andy Muschietti has shared new information regarding The Flash on Instagram. Muschietti reveals part of the set of The Flash, and prior to editing the caption, it read — “Central City at Midnight.” Now the caption reads:

We are bringing the lightning soon #theflashmovie

It’s clear that anticipation is high for The Flash but that hasn’t eradicated some people’s opinions that the studio is brushing Miller’s misdeeds under the carpet in favor of a well-received movie. Recently, the actor pleaded guilty to part of the charges made against them but received a relatively comfortable sentencing. Just how Zaslav, Gunn, and Safran move forward with Miller will be a sign of how seriously they take the actor’s behavior.

This year will also see the release of another highly-publicized and controversial DC movie. Aquaman and the Lost Kingdom sees the return of Jason Momoa as Arthur Curry AKA Aquaman in the sequel to DC’s only billion-dollar grossing movie, Aquaman (2018) from James Wan. Amber Heard’s role in the film, where she stars as Mera, has been under much contention over the years thanks to her domestic abuse legal battle with her ex-husband, Hollywood star Johnny Depp. Throughout the defamation trial proceedings last summer, information about Heard’s role became a focus, with some claiming that her role had pretty much vanished altogether.

For DC Studios, it is going to be an interesting year, and whichever direction Gunn and Safran take the DCU it seems that they are aiming for a Marvel Cinematic Universe-level of a franchise.

Will you be seeing The Flash this year? Let us know in the comments down below!