Confirmed: The Truth About Henry Cavill Direct From Dwayne Johnson as New Information Comes to Light - Inside the Magic 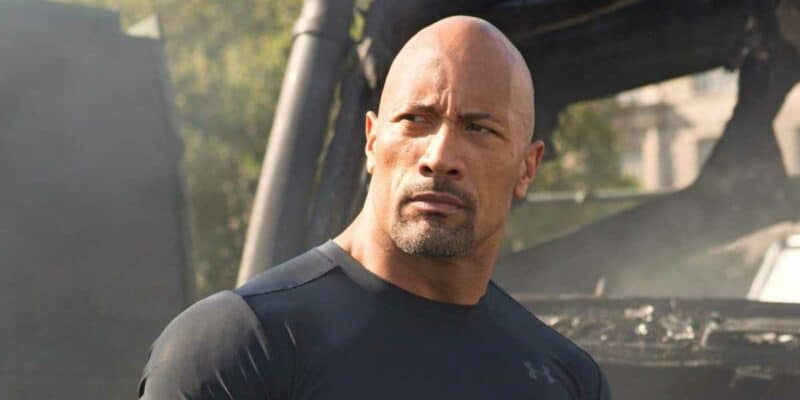 For the past few months, rumors swirled over whether Henry Cavill would return to the DC Universe — formerly, the DC Extended Universe — as one of the most popular superheroes of all time, Superman.

Now, new DC star Dwayne Johnson has weighed in on those conversations about Warner Bros. Discovery not wanting Cavill back. And it may come as a surprise to some.

DC Studios is now helmed by James Gunn and Peter Safran. The news of the former came as a shock to many as Gunn is known for directing movies across multiple franchises including the DC’s competitor, Kevin Feige’s Marvel Cinematic Universe. The Guardians of the Galaxy director has confirmed that the DCU is being overhauled and will feature a more cohesive synergy across all media outputs including movies, television shows, animation, and video games.

It’s a safety net thrown by CEO David Zaslav as Warner Bros. faces a massive collapse of both its DC and Harry Potter Wizarding World franchises. While Dwayne Johnson’s Black Adam (2022) kept the DC’s theatrical arm alive, and Gunn’s Peacemaker TV show garnered a dedicated fandom, the Wizarding World has struggled. Pulled down by the controversies surrounding JK Rowling and Gellert Grindelwald star, Johnny Depp, it was recently confirmed that there are currently no Harry Potter or Fantastic Beasts projects in active development.

But, back to Johnson and Black Adam. The DC superhero epic opened in October to mixed reviews. Johnson’s movie was said to be generic and lacking in originality while leaning into visually enticing and action-packed scenes straight out of DC Comics. It’s safe to say that the former pro-wrestler turned Hollywood actor has a loyal following, and over the proceeding months of Black Adam‘s release, Johnson’s passion for Black Adam was made known — the savior of DC, some floated.

And that could be the case, but not because of Johnson’s own movie, because of the return of fan-favorite Henry Cavill as Kal-El/Clark Kent AKA Superman. Those speculations of a Superman return following appearances in Man of Steel (2013), Batman v Superman: Dawn of Justice (2016), Justice League (2017), and Zack Snyder’s Justice League (2021) came to fruition in the last few moments of Black Adam when Henry Cavill donned the cape once more in the shocking post-credits scene.

Later, Cavill would confirm that fans’ “patience will be rewarded”, confirming a new Superman project coming in the future. This then led to the British actor stepping down from his beloved role of Geralt of Rivia in Netflix’s The Witcher series. Liam Hemsworth (The Hunger Games) will take over the part.

While some were excited for Cavill’s return it seems the studio behind the franchise was not always on board and Dwayne Johnson just confirmed that that was the case. Via Deadline:

“We have to bring back the most powerful, unstoppable force of all time in any universe. And you guys know who I’m talking about? Of course, that is Superman. And that’s Henry Cavill.”

“This has been years in the making regarding bringing Henry Cavill back and years of strategic conversations and we were not going to take no for an answer,” he added. “There was no way, there’s no viable logical way that you can attempt to build out the DC Universe without the most powerful force and the greatest superhero of all time sitting on the sidelines. It’s impossible to do.”

The report then says:

Johnson then revealed that the studio “inexplicably and inexcusably” did not want to bring back Cavill but he was not going to take no for an answer and his team got to work.

It is a surprising turn to find out that Warner Bros. really didn’t want Cavill to return despite the Enola Holmes actor having such a large and supportive audience, and even more strange that Johnson is confirming this news to his own fanbase.

Related: Henry Cavill Opens Up About His Future As Superman

So, while Black Adam may have struggled to fully draw people into having confidence in the DC Universe, the news that Cavill is returning as the red-caped hero could be enough to keep the franchise alive. Upcoming DCU movies include Shazam! Fury of the Gods (2023), Aquaman and the Lost Kingdom (2023) with Jason Momoa (Arthur Curry/Aquaman), Blue Beetle (2023), and The Flash (2023) starring the controversial Ezra Miller (Barry Allen/The Flash).

Do you think Henry Cavill should have returned as Superman? Let us know in the comments down below!

Comments Off on Confirmed: The Truth About Henry Cavill Direct From Dwayne Johnson as New Information Comes to Light