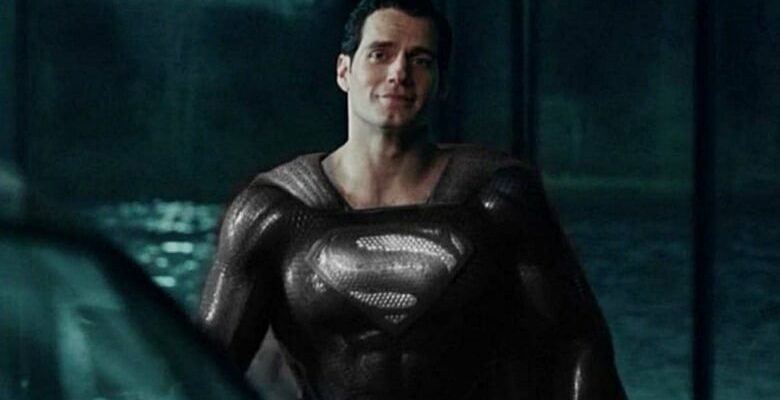 Despite a shaky history with Warner Brothers, Henry Cavill might finally don the iconic suit and become the Man of Steel again in a new movie.

Fans have already heard rumblings from Dwayne “The Rock” Johnson teasing that the super hero would appear in his movie Black Adam, but now it seems that Cavill’s future in the DCEU isn’t anchored in cameos.

Warner Bros. has had a lot of plans for how to move forward with Superman but hasn’t made anything official, but it’s been a few years since fans have seen the actor as the character — or just one year if you watched Zack Snyder’s Justice League (2021) and now the actor might finally get to tell more stories as the benevolent Kryptonian.

A new report of the behind-the-scenes workings in Warner Bros comes from David Faraci on his podcast, where he revealed that Johnson might be the person to thank for “insisting” that Warner Bros. keep Cavill as Superman:

“I got some more information about this. It’s not, like, specific. It’s all behind-the-scenes stuff that I thought was kind of fascinating, which is that the reason why Henry Cavill has returned as Superman in Black Adam is because The Rock demanded it. Like, he went hard, full-court press on Warner Bros. and made them go to Henry Cavill and they had to sign a new deal with Henry Cavill, including saying they were gonna develop a new Superman movie. And it was all because The Rock insisted.”

Adding to the speculation, another person, Viewer Anon, tweeted how he believes that Henry Cavill fans should expect more Superman in the DCEU and not just in Black Adam:

“I don’t want to step on anyone’s toes, these aren’t my scoops to make, but I think Henry Cavill fans are going to be happy moving forward with DC movies. It seems like the bridge between WB and Cavill has been crossed and it’s not just a BLACK ADAM scene.”

I don't want to step on anyone's toes, these aren't my scoops to make, but I think Henry Cavill fans are going to be happy moving forward with DC movies. It seems like the bridge between WB and Cavill has been crossed and it's not just a BLACK ADAM scene.

This is excellent news for fans, but nothing is certain about what will happen to Superman now. JJ Abrams was working on a black-inspired Superman project, and then there’s CW’s Superman and Lois, meaning that Warner Bros. might be comfortable with several iterations of Superman, but that doesn’t mean Cavill could stick around as the DCEU’s version.

With The Flash (2023), Warner Bros. can change who will be the main lineup for the Justice League, and it’s possible they can give Cavill another movie without making it canon to the DCEU. This would be more of a spin-off project detached from the DCEU. Fans will be furious if Warner Bros. decides not to connect the reported Superman project to the DCEU, so if they were smart, they would listen to what the fans want.

Do you think Henry Cavill will return as Superman?

Warner Bros. might be dealing with a dramatic merger affecting DC’s future, but the company still promises a hopeful plan to bring the DCEU back into the spotlight. Dwayne Johnson’s Black Adam might be pivotal in this change and releases on October 21st, with Ezra Miller’s The Flash and Jason Momoa’s Aquaman and the Lost Kingdom releasing in 2023.