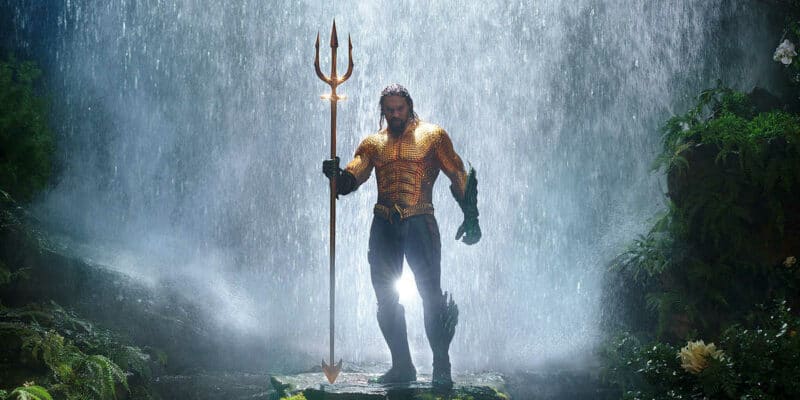 This time, actor Yahya Abdul-Mateen II — who stars as David Kane/Black Manta in 2018’s Aquaman from director James Wan — has blasted acting in movies like Aquaman as “clown work.”

The DC Extended Universe (DCEU) is in rocky waters. After the merger between Warner Bros. and Discovery, to form the new CEO David Zaslav-headed Warner Bros. Discovery, the future of the DCEU could not be more uncertain. While tentpole movies such as Dwayne Johnson’s Black Adam (2022) are coming next month, the shock cancellation of HBO Max’s Batgirl which featured the return of Michael Keaton’s Bruce Wayne/Batman character sent ripples through the industry.

Not only that but the DC discourse was also spurred on by the question mark over the release of Ezra Miller’s The Flash; the actor is currently locked in a variety of controversies regarding erratic behavior, arrests, and felonies. At present, Warner Bros. Discovery and Zaslav have presented multiple release options to buffer the controversy surrounding the upcoming DC Comics-inspired movie.

Even Aquaman, the billion-dollar hit starring Jason Momoa as Arthur Curry AKA the titular aquatic superhero, is now in turbulent waters. The high-profile court battle between Mera star, Amber Heard, and her ex-husband Johnny Depp (Pirates of the Caribbean), — which ultimately left Heard worse off when the jury found her guilty of defamation — pulled Wan’s Aquaman sequel, Aquaman and the Lost Kingdom (2023) back into the spotlight. The movie will now release during the Christmas season next year after continued pushbacks and delays in the DC camp.

So with commentary on Warner Bros. Discovery and the DC franchise coming thick and fast, another DC actor has shared their thoughts on the franchise, specifically how they feel about acting in movies like Aquaman. Speaking to Vulture, Emmy-winning actor Yahya Abdul-Mateen II said (via Variety):

“Everything should be about getting to the truth. But sometimes you got to know which movie or genre you’re in,” Abdul-Mateen said. “Something like ‘Aquaman,’ that’s clown work. ‘Aquaman’ is not ‘The Trial of the Chicago 7.’ You have got to get over yourself.”

The Cal Abar actor expanded on his thoughts:

“In order to survive [as an actor] and to do it well, you have to play that game and then be crafty about when you want to surprise the audience, the director, or yourself with a little bit of ‘Wow, I didn’t expect to see a Chekhovian thing or August Wilson and Aquaman, but I did.’”

Do you think superhero movie roles are “clown work?” Let us know in the comments down below!