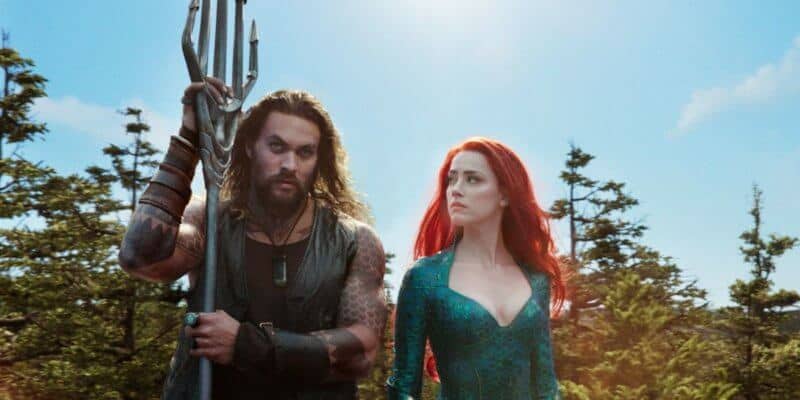 Aquaman and the Lost Kingdom (2023) have been officially delayed for 9 extra months.

This isn’t the first time Warner Brothers has delayed the Aquaman sequel, as the movie was originally supposed to release in December 2022. Amber Heard’s controversial role in the movie has led to several fans begging Warner Brothers to recast her character, Mera, in the upcoming sequel.

Related: Amber Heard Under Investigation For Crime That Could Carry Prison Sentence

Now, Jason Momoa’s Aquaman 2 is reportedly being delayed 9 months alongside Shazam 2 due to Warner Brothers Discovery being forced to change the release dates:

Aquaman and the Lost Kingdom is now delayed to December 25, 2023.https://t.co/fwnVk1NgsF pic.twitter.com/xnkLwxF2Sn

Other sources claim that the reason isn’t due to the movie being behind schedule but that the company is running low on funds and can’t afford to release more movies. This left Aquaman 2 and Shazam and the Fury of the Gods (2023) to be delayed.

After Aquaman 2, it will be interesting to see whether or not Amber Heard will return to the DC universe as she also appeared in Zack Snyder’s Justice League. The new leadership for Warner Brothers has already made plans to be more consistent, so recasting Mera might not be something the team wants to do.

With this delay, Warner Brothers could potentially give Amber Heard more screentime as they incorporate more of her scenes into the movie. For all we know, Mera’s role in the sequel might not be much, but in the comics, she was the most pivotal character in Arthur Curry’s journey as Aquaman.

Now, it will be hard to predict what happens with Mera, but Warner Brothers will either have to ditch the character and a lot of great Aquaman stories, continue forward with the controversial actress, or recast the character and confuse fans.

None of the listed options are great, but Warner Brothers will have to decide sooner or later what they plan to do since they reportedly will have a new plan with the DC universe which will be similar to the DCEU.

Originally, Ben Affleck’s Batman wasn’t going to be in the movie, but that change was made because The Flash (2023) was going to release after this movie due to the last set of delays. Now, The Flash is set to release once again before Aquaman 2, leaving Ben Affleck’s role in jeopardy because he might not continue as the DCEU’s Batman unless DC plans to do more projects with the actor.

More on Aquaman and the Lost Kingdom:

Here’s an official synopsis for the upcoming DCEU movie:

“When an ancient power is unleashed, Aquaman must forge an uneasy alliance with an unlikely ally to protect Atlantis, and the world, from irreversible devastation.”

Aquaman and the Lost Kingdom releases in theaters on December 25, 2023

Do you think Amber Heard will be removed from any future DCEU projects? Let us know what you think!