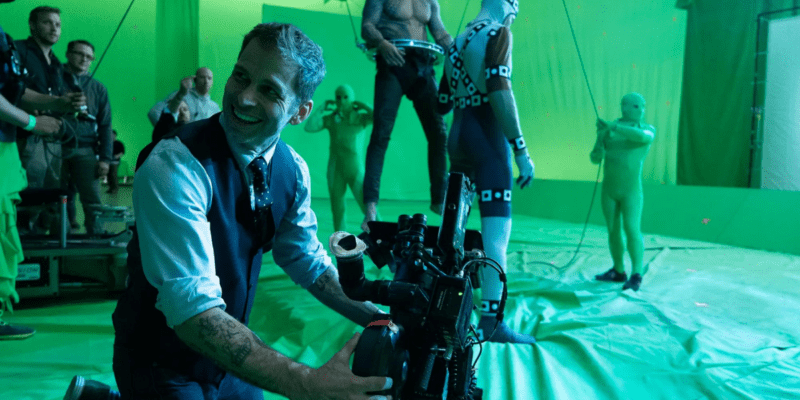 While some fans might think that Zack Snyder’s Justice League is a distant memory, new information reveals more about the struggles the fan-favorite (or bot-favorite) DC director faced while working on the new edit of the controversial movie.

Zack Snyder’s Justice League was a long journey that gave fans an epic rendition of what Joss Whedon handed fans in 2017. At that point, Whedon’s Justice League failed so miserably that Warner Bros. had to reconsider how to move forward due to the hate that followed the movie.

Sadly, Snyder’s vision was discarded when he left the project after his daughter committed suicide. A few years later, he was finally able to share his own version of the movie and it was released on HBO Max in 2021.

A new report from Rolling Stone reveals that Snyder had to beg the studio to remove two names from the names. Jon Berg and Geoff Johns. Snyder claimed that the two producers were responsible for hindering his creative vision and didn’t want their names attached to a project they didn’t really help create.

After letting the studio know his desire for the two producers to be removed from the credits, Warner Bros. didn’t respond. Snyder’s CAA agent and his wife, Deborah had to call the studio “every day” with no luck.

Apparently, Snyder had to confront an executive and explain that he wanted Berg and Johns’ names off the credits or else he “would destroy them on social media”. This led to the names being removed, but this isn’t where the controversy ends.

Right after this incident, Ray Fisher, the actor who plays Cyborg began to call out people from Warner Bros. leading fans now to wonder if Snyder and Fisher were collaborating on how to get payback to the studio that ruined their future plans.

Snyder denies this allegation calling it “totally untrue” while Fisher claims the report is totally “false”. Recent reports from Warner Bros. indicate that bots might have had a larger role in helping restore the Snyder Verse.

Fans are still angry after learning online bots helped Snyder’s Justice League steal the oscar for #OscarsCheerMoment away from Spider-Man: No Way Home (2021) leaving Marvel fans angry. It’s a very interesting time for the DCEU as Warner Bros. has faced a lot of controversies with actors such as Ezra Miller and Amber Heard making the company reconsider their options for what to do next.

Do you think Zack Snyder worked with Ray Fisher to call out Warner Bros. mistakes? Let us know what you think!