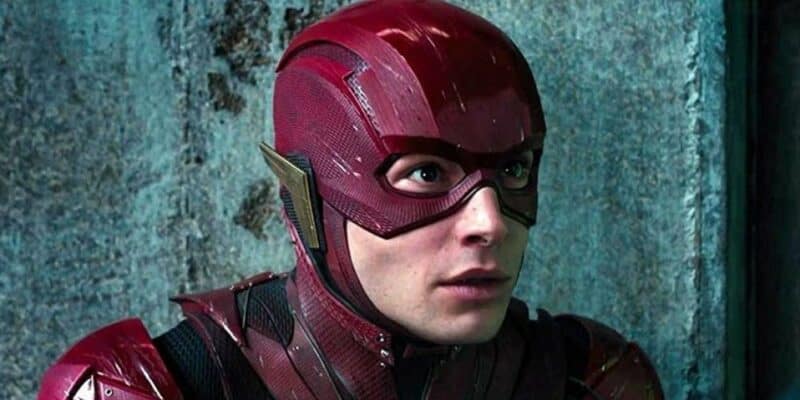 DC Star, Ezra Miller manages to shock fans, even more, when sources learned about what is happening at the actor’s Vermont farm.

Miller’s career has gone downhill ever since the actor went to Hawaii and hit a 26-year-old woman with a chair. After being arrested twice, fans thought that the actor would get the help they desperately need. Instead, the actor went off with Tokata Iron Eyes, a girl they are accused of grooming and brainwashing for the past six years.

Tokata’s parents claim that Miller has used drugs and violence to control the girl. On top of this, Miller has been reported to have several other incidents with other families as one family has gotten a protection order against the actor.

While Tokata’s parents issued a restraining order to The Flash (2023) actor, Miller hasn’t been located by the authorities leaving fans concerned for Tokata’s safety. With fans trying to find Miller and where they are, the actor went to social media to mock the authorities before deleting their Instagram account.

Now Miller has vanished once again and the Rolling Stone reports that there has been unusual activity happening at Miller’s Vermont farm.

The report claims that people around the property have seen a young mother with her kids hanging around weapons that are lying on the floor. One child even placed bullets in her mouth raising concerns for the children’s safety:

Two sources with knowledge of the situation expressed concern to Rolling Stone that it is an unsafe environment for children, alleging there are unattended guns strewn around the home on Miller’s 96-acre property. One source, who, like the other, requested anonymity for fear of retribution, recalled an instance where one of the children — a one-year-old — allegedly picked up a loose bullet and put it in her mouth.

Of course, the mother claims that Miller’s farm is a “safe haven” for her and her kids as apparently escaped an “abusive” relationship back in Hawaii. Miller and the mother met in Hawaii and the actor helped the family escape away from the father who was completely unaware of the actor’s involvement. The father told the Rolling Stone that he wants the kids back:

“I got a bad feeling in my stomach. I do want to go get my kids, they mean the fucking world to me.”

To make matters worse, the farm that the family is living on is a farm growing around 28 strains of Marijuana. Rolling Stone confirms from footage seen in April that the children have been around heavy use of Marijuana in badly-ventilated areas with firearms propped up on stuffed animals:

Video footage from April reviewed by Rolling Stone appears to show at least eight assault weapons, rifles, and handguns lying around the living room, with some weapons propped up next to a pile of stuffed animals.

Rebel Alliance Cannabis is the name of Miller’s Marijuana company and it has been confirmed that the farm is not among the state’s 25 licensed cultivators meaning that the farm shouldn’t be allowed to have that much Marijuana growing on the property for resale. The children’s father has attempted to get the children off of the farm with the help of the Department for Children and Families (DCF).

A Vermont Social Worker went over to investigate and told the father through text messages that the children “looked good” and had more “work to do”. Nothing more could be learned about the incident at this time.

With Warner Bros. confirming that Miller won’t be returning as the Flash/Barry Allen in any future DCEU projects, it’s a shock that the actor has continued to stay in hiding. Their career has been tarnished and when the authorities find the actor and Tokata, people are concerned that the actor will get violent before probably being arrested for their actions.

Are you shocked about what’s happening at Miller’s Farm? Let us know what you think!