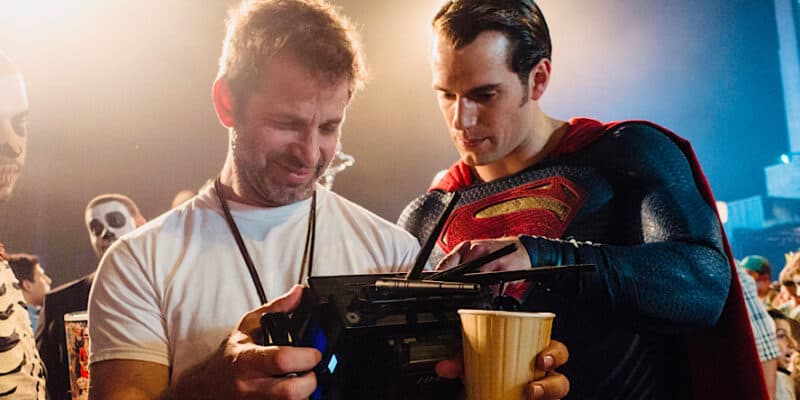 The SnyderVerse has come and gone, but countless fans still recall the day Zack Snyder’s Justice League (2021) was finally released to the world. Now, in a report stating that the #RestoretheSnyderVerse community is comprised entirely of “fake accounts,” Zack Snyder himself has come forward to clear the air.

In celebration of this landmark, Zack Snyder has taken to Twitter to share the news of Justice League on digital. But, now, after a reported “rumor-mill” piece aimed at defaming the Hollywood director and his actors, Snyder’s Tweet has a double meaning:

Going as far as calling the fan base an “army,” this recent report has sparked the interest of Cyborg actor Ray Fisher and now Zack Snyder. We cannot claim for sure that Snyder’s Tweet is a response to the shake-up article, but it comes at a time when fans are backing the Rebel Moon creator like never before:

Boss we got you

Boss we got you

Another Zack Snyder Hitpiece. Nothing new.

Another Zack Snyder Hitpiece. Nothing new.

Rolling Stones put out an article with WB claiming that at least 13% of accounts that fueled the Snyder Cut movement were fake.

I find it pretty funny because…

Rolling Stones put out an article with WB claiming that at least 13% of accounts that fueled the Snyder Cut movement were fake.

I find it pretty funny because… pic.twitter.com/uzGmBait4M

Heck, all of the above accounts could have been entirely bots, but that’s not stopping some from sharing some interesting facts:

Rolling Stone made a whole damn article about 13% Snyder Cut bot accounts but they themselves got 24% fake followers LOL pic.twitter.com/dogjBPWKQW

Zack Snyder certainly didn’t have to post anything related to his Justice League in the wake of the recent controversies, given the director’s latest social media silence while constructing Netflix’s Rebel Moon.

Nonetheless, the Tweet comes at a time after reports claim Snyder “hired a digital marketing firm” to spite Warner Bros. for the critical failure of Batman v. Superman: Dawn of Justice (2016) and fuel online engagement for his upcoming projects:

Every superhero tale needs an origin story. And the groundwork for the SnyderVerse siege had been laid well before 2020. While Snyder denies it, one source tells Rolling Stone the director hired a digital marketing firm to juice fan engagement back in 2016, when his $250 million film Batman V Superman: Dawn of Justice was savaged by critics (earning a dismal 29-percent RottenTomatoes rating) and disappointed Warner Bros. brass at the box office, as well as the DC fan base. (The movie took in $874 million worldwide; a DC stand-alone film like 2019’s Joker, by comparison, cost $70 million and earned $1.074 billion worldwide.) Nevertheless, the Snyder army was coalescing.

With new sparks being fueled across social media with this Zack Snyder claim, it’s clear that fans won’t go down without a fight. Given Ray Fisher’s outspoken rejection of the allegations made, please take all of this with a grain of salt and tread lightly while understanding the information.

Fueled by his restored faith in humanity and inspired by Superman’s selfless act, Bruce Wayne enlists newfound ally Diana Prince to face an even greater threat. Together, Batman and Wonder Woman work quickly to recruit a team to stand against this newly awakened enemy. Despite the formation of an unprecedented league of heroes — Bruce Wayne/Batman (Ben Affleck), Diana Prince/Wonder Woman (Gal Gadot), Arthur Curry/Aquaman (Jason Momoa), Victor Stone/Cyborg (Ray Fisher) and Barry Allen/Flash (Ezra Miller) — it may be too late to save the planet from an assault of catastrophic proportions.

Was the Snyder Cut movement fueled by bots? Comment below!