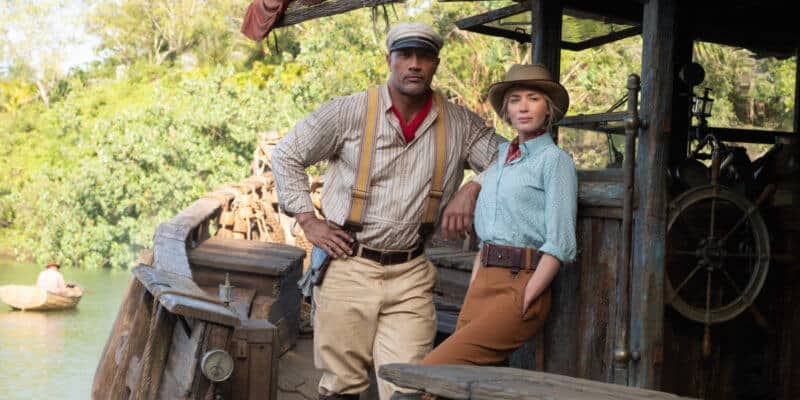 Dwayne Johnson is one of the most recognizable actors in the world today.

Johnson got his start as a professional wrestler for WWE in the late 1990s. He quickly rose to become one of the biggest stars in the industry under the name ‘The Rock,’ and his charisma led to him landing roles in Hollywood just a couple of years into his run as a wrestler.

Dwayne The Rock Johnson paid tribute to his father Rocky Johnson, who was also a professional wrestler, in an episode of That 70’s Show and got his first big break in the Universal Pictures blockbuster The Mummy Returns(2001). He would go on to star in The Scorpion King (2002), and just like that, his career in Hollywood had taken off.

While promoting Jungle Cruise, Johnson shared that he and actress Emily Blunt became Disney’s targets for joking too much.

Johnson shared that it didn’t take long for him to receive calls from Disney after that interview.

Disney is known for protecting its family-friendly company image, and this includes maintaining the comments made by its actors and actresses during interviews promoting films.

It doesn’t seem that the interviews hurt the relationship between Disney and The Rock very much, though. There have been rumors that Dwayne Johnson could take over the role of Genie in Aladdin 2, portrayed by Will Smith, and Johnson is heavily involved with the company. Disney has also reportedly shown interest in potentially using The Rock in an upcoming Pirates of the Caribbean project.

Currently, Johnson is in the midst of promoting his upcoming DC Universe film, Black Adam (2022). The movie debuts in theaters on October 20.

What do you think of Disney’s message to Dwayne Johnson and Emily Blunt?