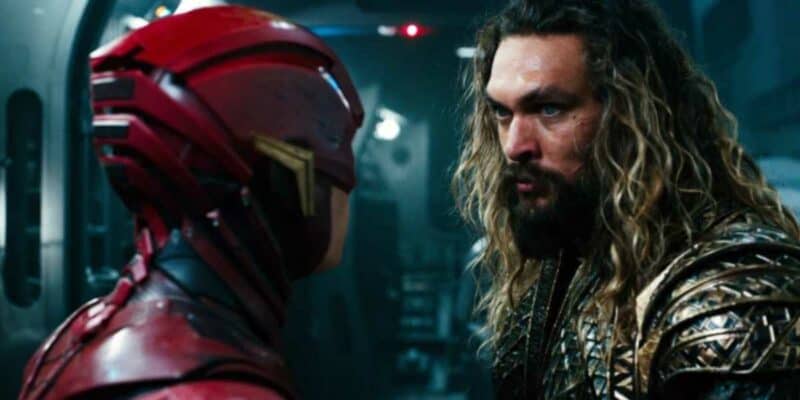 Jason Momoa’s final days as Aquaman might be happening if James Gunn gets his wish.

With DC now under James Gunn and Peter Safran’s control, they had a complex task. Since Zack Snyder left DC, the Cinematic Universe has been in turmoil. Everything was loosely connected, but nothing led to a big moment like how the Marvel Cinematic Universe does every couple of years.

This made some fans disinterested, while others were confused about what was canon and what wasn’t based on all of the confusing changes. With Dwayne Johnson’s Black Adam (2022), there was hope that everything would return to normalcy for DC fans. Henry Cavill was returning. Ben Affleck would put back on the cowl and star as Batman. There was hope until news surfaced about the DCU’s future.

Now, Gunn is reportedly ditching previous plans to leave the Snyderverse heroes alone and create a new story without those actors. According to The Hollywood Reporter, Jason Momoa’s Aquaman and the Lost Kingdom (2023) on December 25, 2022, would be his final venture as Arthur Curry before returning to the DCU as another DC character.

But it would not spell the end of the actor’s involvement with DC, with sources saying the actor would lead another movie or franchise. The character of Lobo, a foul-mouthed cigar-chomping intergalactic bounty hunter, has been mentioned in connection with Momoa.

Momoa being eyed to star as Lobo would make sense as Gunn loves to bring lesser-known characters into the spotlight, as seen with movies like The Suicide Squad (2021) and The Guardians of the Galaxy (2013).

Part of these changes is meant to bring the DCU into a new era with no additional baggage. DC has already done a few soft reboots, leaving the story confusing for any new fan. This is not something DC needs for their new phase of storytelling. Sadly, potential plans with Cavill and Dwayne Johnson will have to go.

THR states that Gunn and Safran wanted no baggage but are unsure how movies like Shazam! Fury of the Gods (2023) or Blue Beetle (2024) will affect the future of DCU since those movies are slated to come out despite not being confirmed to influence the future of DC. It’s hard to get excited about any future DC movie knowing they won’t be connected to what DC will be doing in a few years.

The change might be warranted and better, but Warner Bros. will have to be prepared to suffer some losses as fans might not be interested in watching movies with useless teases on what won’t happen in the DC Universe later.

What are your thoughts on Jason Momoa potentially starring as Lobo?