Warner Bros. Pulls 'The Flash' In Stunning Challenge to Disney - Inside the Magic 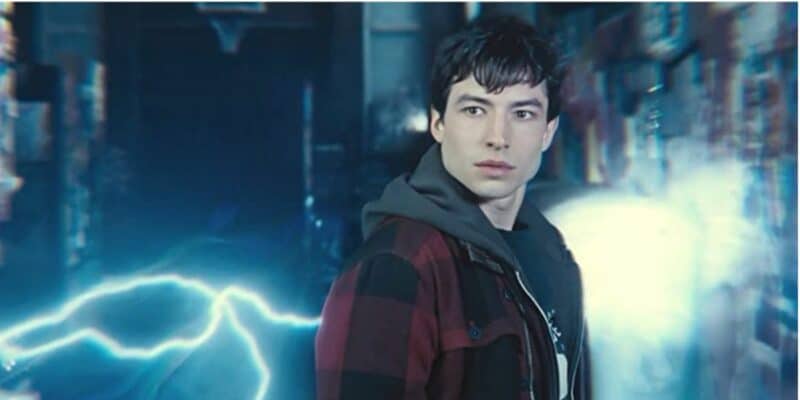 After racing all over the release schedule, DC and Warner Bros. have now actually pulled the long-awaited The Flash (2023) movie forward in their calendar.

The Flash movie, directed by It: Chapter One (2017) director Andy Muschietti and starring the controversy-stricken Ezra Miller, will now release a week earlier than previously slated — dropping on June 16 next year, replacing the previously scheduled June 23.

The shift gives the speedster a longer lead on Indiana Jones and the Dial of Destiny (2023), which it was previously set to go up against when that Harrison Ford tentpole drops on June 30 next year.

Box office pundits have noted the shift to place the hero spectacle up against a Pixar original is a sign of the shifting approach to theatrical; where studios would once have run scared of a Summer Pixar property dropping, they now enter the box office fray unafraid to challenge the lamp.

There was a time when no studio would open a movie head to head with a Pixar animation on SUMMER. Not anymore.
WB moved up #TheFlash from JUN 23 to JUN 16, 2023, head to head with #Disney’s #Elemental, giving the #DCU film 2 weeks before #IndianaJonesAndTheDialOfDestiny on JUN 30

There was a time when no studio would open a movie head to head with a Pixar animation on SUMMER. Not anymore.
WB moved up #TheFlash from JUN 23 to JUN 16, 2023, head to head with #Disney’s #Elemental, giving the #DCU film 2 weeks before #IndianaJonesAndTheDialOfDestiny on JUN 30 pic.twitter.com/35xkMlebPU

The Flash movie is set to star both Michael Keaton and Ben Affleck, playing their own variants of the iconic Bruce Wayne/Batman character alongside Ezra Miller’s Barry Allen. Keaton last appeared as the character in Tim Burton’s Batman Returns (1992), while Affleck last appeared in Zack Snyder’s Justice League (2021). Sasha Calle is also set to make her debut as Supergirl in the picture.

This release date move is perhaps the least controversial news associated with the movie, which has been plagued by news stories regarding its star. As recently as September, details were still emerging about Miller’s behavior, with the movie star even being hit with a restraining order for his actions off-set.

It followed a slew of erratic behavior in Hawaii which saw Ezra Miller involved in a karaoke bar bust-up as well as an arrest for second-degree assault for throwing a chair at a woman.

The controversies resulted in crisis talks at Warner Bros., with the actor meeting Warner execs back in August to find a way to save the movie.

The DC Cinematic Universe is currently in a state of flux while new heads James Gunn and Peter Safran draft up their plan for the DC Comics world moving forward. Recent reports from The Hollywood Reporter, including the cancellation of Patty Jenkins’ Wonder Woman 3 and rumors that Jason Momoa might potentially be recast as Lobo, have been addressed by Gunn in a thread on Twitter.

Are you looking forward to seeing The Flash in June 2023? Tell us in the comments below.

From Warner Bros. Pictures, directed by Andy Muschietti and starring Ezra Miller, Michael Keaton, Ben Affleck and Sasha Calle, The Flash movie brings the Scarlet Speedster to the big screen in his first solo project. The film is scheduled to be released in cinemas June 16, 2023.