Harrison Ford Addresses 'Indiana Jones', Future of the Character - Inside the Magic 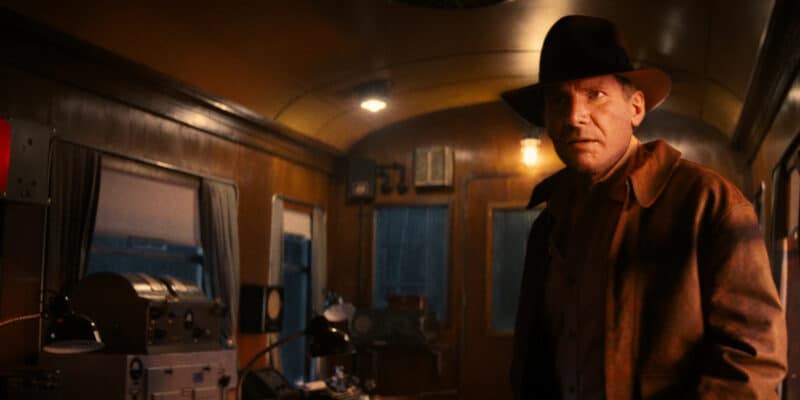 As time draws closer to the release of Indiana Jones and the Dial of Destiny (2023), more and more details are coming out. Fans have been treated to stills and promotional images, and, just last week, the long awaited trailer, confirming the appearance of Sallah (John Rhys-Davies), as well as the new villain, Voller (Mads Mikkelsen). Along with all these details, however, come more and more fan speculation: it can’t be helped, people love trying to guess ‘what comes next’ when it comes to movies, especially films like this.

One of the more pervasive rumors surrounding Dial of Destiny has been surrounding the retirement of Henry Jones Jr. (Harrison Ford) himself. Following his appearance at D23 in which he proclaimed, “This is it!”, many fans started speculating: “Could this mean someone else will pick up the whip and hat? Will there be another Indiana Jones?”. It certainly seemed possible, and despite an appearance by Ford on The Today Show, in which he said, “When I’m gone, he’s gone!”, people still seem to think that this latest installment will be a passing of the torch to a new Indy.

Just recently, the Direct reported on an appearance by Ford, in which he kindly, but firmly joined with Director James Mangold in putting those rumors about the Indiana Jones franchise to rest. When asked by a Deadline reporter if Indiana Jones and the Dial of Destiny was a passing of the baton, Harrison didn’t leave any room for doubt.

Harrison Ford on if he’s really ready to hang up his #IndianaJones hat for real this time pic.twitter.com/5n64E96IQN

After a brief pause, Harrison looked at the reporter, and answered:

Walking away, Ford added with a wink, “I hope you like it!”. Hopefully, this, together with James Mangold’s emphatic Twitter response, will satiate fans, and put to bed any rumors that Lucasfilm is planning on replacing Ford as the famous Doctor Indiana Jones. If both the director and the man himself are to be believed, no-one will be replacing the good doctor anytime soon. Despite setbacks like losing Steven Spielberg as a director, and the many delays since it’s initial announcement, fans are bolstered by Harrison’s comments.

This comes as a relief to diehard fans the world over, who grew up with adventures like Raiders of the Lost Ark (1981), Indiana Jones and the Temple of Doom (1984) and Indiana Jones and the Last Crusade (1989), after all, who else could fill those shoes as well as Harrison? While fans can rest easy that Harrison won’t be replaced, this will be the last Indiana Jones film for the star, and likely the last film in the franchise. After the less than enthusiastic response to the previous entry, Indiana Jones and the Kingdom of the Crystal Skull (2008), fans are hoping this film is a fitting sendoff.

Indiana Jones and the Dial of Destiny is the fifth installment in the franchise, and hits theaters June 30th, 2023, and stars Harrison Ford as Indiana Jones, Phoebe Waller Bridge as his goddaughter, Helena, John Rhys-Davies as Sallah, and Mads Mikkelsen as the villain Voller.

What do you think of Harrison’s Response? Let us know in the comments below!

Comments Off on Harrison Ford Addresses ‘Indiana Jones’, Future of the Character