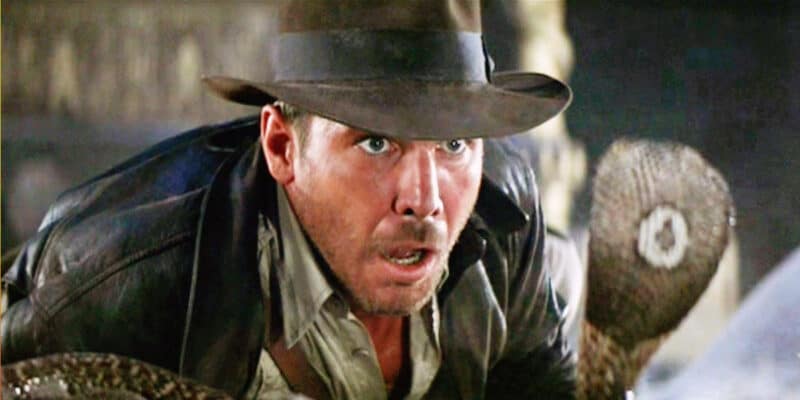 The next installment of the Indiana Jones franchise will be a big one.

Indiana Jones 5 is set to hit theaters next summer and there has been nothing but questions surrounding the film and, more importantly, what will happen after.

There was a report several weeks ago that Disney had crafted five endings to the movie and that screened audiences weren’t happy with any of the options. Though Disney shut down those rumors, there has been plenty of discussion surrounding what fans believe to be true and what might unfold once the end credits are shown. This includes rumors that Harrison Ford will die at the end of this film, and that Disney will continue the franchise without him.

As a matter of fact, Harrison Ford has already revealed that this will be his last film with the character, and there have been several outlets reporting that Disney is planning a series to debut on Disney+ in the future.

But, what will fans do if they are faced with watching an Indiana Jones series that doesn’t include Harrison Ford?

It may depend on who is selected to be in the lead role.

There have been numerous reports over the last year that Chris Pratt could take on the role, but the actor has since disputed those rumors and said that he didn’t want to have any part in playing the role without Harrison Ford.

“All I know is I once saw a quote from Harrison Ford and I don’t even know if it was really him but it was enough to scare me, that was like, ‘When I die, Indiana Jones dies.’ And I’m like, am I gonna get haunted by the ghost of Harrison Ford one day when he dies if I play…?” Pratt said.

Now two more names have come forward in a report that could be potential options for Disney looking for a young Indiana Jones.

Tom Holland and Harry Styles are those names.

Holland, who has a great relationship with Disney due to him playing the role of Peter Parker/Spider-Man in the Marvel franchise, could be a name that draws intrigue.

Harry Styles, a world-famous musician with a cult-like following, has acted in several popular films, including Dunkirk (2017), Don’t Worry Darling (2022), and Marvel’s Eternals (2021).

Disney has not confirmed either of these to be true, but both of these names would make sense in terms of building an audience following with a name that has already become beloved by many. It’s still unclear if either of these would be considered “Young Indiana Jones,” or if they would be brought in as a grandson of Indy.

What do you think of Harry Styles or Tom Holland keeping the Indiana Jones franchise alive?