7 Actresses Who Could Play the Female Joker - Inside the Magic 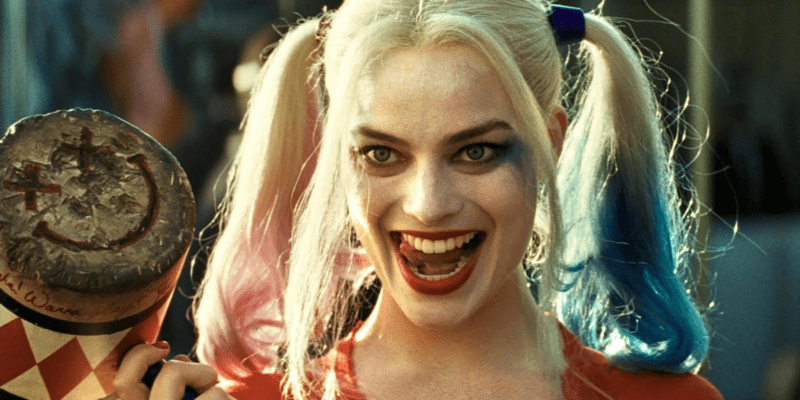 We’ve seen many versions of Batman’s arch nemesis the Joker over the decades, whether it’s in live-action form, animation, or in the pages of the many Batman comic books and beyond. Most notable performances of the Joker in live action include Heath Ledger’s version from The Dark Knight (2008) and Joaquin Phoenix’s Arthur Fleck in Joker (2019).

And while we’re due to see the Clown Prince of Gotham return to the big screen all over again in Joker: Folie à Deux (2024) and The Batman 2 (TBA), we think it’s time for a female version of the Joker! Before you scoff at such an idea, just remember that there have already been female versions of the Joker in the comic books, such as Martha Wayne in the “Flashpoint” comics.

So, here are seven actresses who could play the Joker!

Lauren Cohan is best known for playing tough-but-tender zombie apocalypse survivor Maggie Greene/Rhee in The Walking Dead (2010), which recently had its long-awaited finale on Disney+. But why do we think she would make a great female version of the Joker?

Well, while her role in that show involves very little in the way of smiling, Cohan played Bruce Wayne’s mother Martha Wayne in Batman v Superman: Dawn of Justice (2016) in a brief flashback scene, opposite her Walking Dead co-star Jeffrey Dean Morgan as Thomas Wayne.

While The Flash (2023) is in production – which will involve the DC’s Multiverse being opened — at the time of Batman v Superman‘s release, it was rumored that Cohan and Morgan would later reprise their roles as Bruce Wayne’s parents in an earlier version of the upcoming film.

If you aren’t familiar with the “Flashpoint” comic book series, which takes place in an alternate timeline, Bruce Wayne is killed in that ill-fated alleyway instead of his parents, and as a result, Thomas Wayne goes on to become Batman, while his wife Martha becomes the Joker.

And we can absolutely see Cohan playing the Joker – her acting skills are solid, but it’s really that ear-to-ear smile of hers. Plus it’s about time she plays a bad guy. Move over Barry Keoghan!

However, Scott, 29, is also an incredibly talented singer, making her no stranger to the stage, a qualifying trait for the Joker – especially with the upcoming Joker: Folie à Deux (2024) apparently being a full-blown musical.

Like Lauren Cohan, Scott also has a full and rich smile (which we mean as a compliment – she’s very beautiful), another requirement for the Joker. In fact, the bigger the smile, the better, as the actress wouldn’t need all those prosthetics like Jack Nicholson did in Batman (1989)!

This version would also be better placed in another reboot, of course, or perhaps somewhere in the DC Universe, now that the DC Multiverse will soon be getting opened (though it remains to be seen how that will all look).

Either way, we’d love to see Naomi Scott take on a more serious role, and she’d be perfect as a female version of the Joker. Who needs Arthur Fleck (Joaquin Phoenix), anyway?!

Despite the fact that she was one of the Avengers, Elizabeth Olsen is now a no-brainer when it comes to iconic villains. From Wanda Maximoff to Scarlet Witch, Olsen has enjoyed a full 180 during her time in the Marvel Cinematic Universe.

While Doctor Strange in the Multiverse of Madness (2022) received its fair share of criticisms, its saving grace is Olsen’s performance as the powerful, grief-fuelled witch hellbent on being reunited with her two sons.

As she travels through the Multiverse, battling Dr. Stephen Strange/Doctor Strange (Benedict Cumberbatch) as she goes, Olsen goes through a range of emotions, many of which involve an infectiously wicked, ear-to-ear smile.

As a result of her memorable performance and all those incredible expressions, Olsen will forever remain one of the most interesting and dynamic MCU villains.

But now we’d love to see her become the Joker. And who cares if she’s part of the MCU – it seems every actor is getting a taste of the MCU and the DCU these days, even ones who have played Joker (two words: Jared Leto)!

Lupita Nyong’o has already appeared in two iconic franchises, so it only makes sense that she braves the waters of the DCU. She plays Nakia in the MCU’s Black Panther movies and Maz Kanata in the Star Wars sequel trilogy.

But it’s all too easy to forget that the 39-year-old actress also stars in Us (2019), the hit horror flick from Jordan Peele. In that film, she plays Adelaide “Addy” Wilson, as well as her doppelganger Red, and it’s really the latter where she absolutely shines.

Red is as wicked as they come, and is quite unnerving to watch while she terrorizes Addy and her family. So, who better to play the Joker than someone who has already tapped into the darker side of themselves?

Whether it’s that deeply strained voice, those eerie choreographed movements, the overall look (crazy hair, a fatigued expression, and orange coveralls with barber’s scissors to hand), Nyong’o proves that she has more than enough potential to play the Joker.

So it’s time for her to say goodbye to the MCU and Star Wars, and make her mark as the Clown Princess of Gotham! Take that, Mark Hamill!

Samara Weaving is an up-and-coming actress, although many people tend to confuse her for Margot Robbie. But seeing as Robbie, who is also Australian, has played Joker’s equally psychotic love interest Harley Quinn, this only fuels our case for Weaving.

Weaving is best known for her role as the very unfortunate bride Grace Le Domas in the horror film Ready or Not (2019), however, next year she will be making her first (and possibly only) appearance in the Scream series with Scream 6 (2023).

Given the erratic characters Weaving has already played (Ready or Not and Netflix’s The Babysitter movies), we wouldn’t be surprised if she turns out to be a Ghostface killer in Scream 6 (you read it here first)!

So, seeing as we can imagine her as a Ghostface killer, which usually involves being very unhinged, we can quite easily imagine her as the Joker. Two different characters, of course, but there’s plenty of psychotic overlap.

Weaving may very well wind up being a victim in next year’s Scream sequel, but either way, here’s to hoping she’s one day cast as Batman’s arch nemesis.

Helena Bonham Carter has an extensive acting resume, but her more memorable performances include the likes of Nellie Lovett in Tim Burton’s horror musical Sweeney Todd: The Demon Barber of Fleet Street (2007) and Bellatrix Lestrange in the Harry Potter movies.

Needless to say, Carter is no stranger to playing wacky and wonderful characters, whether it’s a psychotic pastry chef, a twisted Death Eater, or the Queen of Hearts in the live-action Alice in Wonderland movies.

It almost feels like a crime that she hasn’t played a Batman villain, especially considering Batman (1989) and Batman Returns (1992) were both directed by her now-husband Tim Burton.

In fact, Carter is so talented that she could easily step into the shoes of any female villain from Batman‘s extensive Rogues Gallery. But we’re not here to talk about villains such as Catwoman or Poison Ivy – we’re here to talk about a female version of the Joker!

Even if Carter brought just one per cent of Bellatrix Lestrange to the Joker, we could be looking at one of the best versions of the villain ever.

Jenna Ortega is now officially a household name, thanks to the brand-new Netflix series Wednesday (2022) from producer Tim Burton. The show is based on the The Addams Family, and features Ortega as the title character.

Ortega is nothing short of phenomenal in the role – she’s dry, sarcastic, and dark, but not without a smidgeon of humanity that helps make a sympathetic character. And apparently she doesn’t even blink much during all eight episodes – now that’s what you call commitment!

Ortega is no stranger to big franchises, either. Aside from Wednesday, she has also appeared in the animated series Jurassic World Camp Cretaceous (2022) and this year’s Scream (2022).

She’ll be returning in next year’s Scream 6 as Ghostface survivor Tara Carpenter, but personally, we hope that she decides to extend her talents to playing a female version of the Joker, in whatever corner of the DC that may be.

Why not even put Tim Burton back in the director’s chair, which would reunite the visionary director with the Batman franchise, while also reuniting him with Wednesday Addams!

Joker: Folie à Deux releases in theaters on October 4, 2024, however, there is currently no release date for The Batman 2.

Which of these actresses do you think would make the best Joker? Let us know in the comments below!