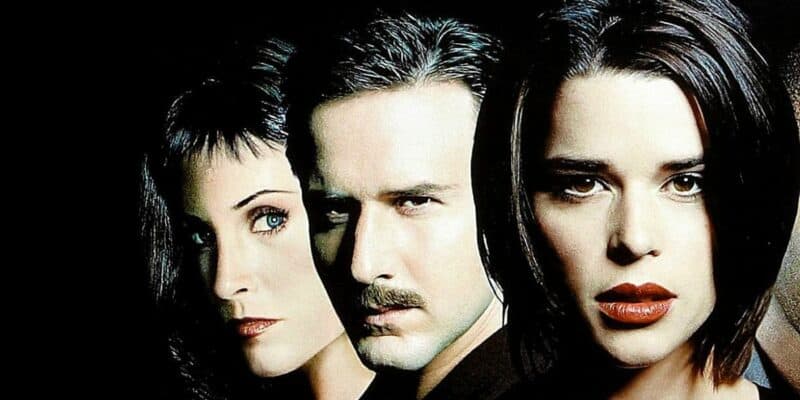 In a week where a iconic slasher franchises are all the craze with Halloween Ends (2022) slashing its way through the box office (and also the fanbase), there’s no better time to look ahead to Scream 6 (2023), the upcoming sequel in the Halloween-inspired “meta” slasher series.

We all know that there are many slasher franchises where characters just don’t seem to stay dead, whether it’s Michael Myers, or even Laurie Strode (Jamie Lee Curtis), for that matter. But now, a Scream legend has recently hinted that they might actually be returning to the franchise, despite things being a little complicated where their character is concerned.

In this year’s Scream (2022), the fifth installment in the Scream series, the franchise’s regulars Neve Campbell, Courteney Cox, and David Arquette, all reprised their roles as legacy characters Sidney Prescott, Gale Weathers, and Dewey Riley, respectively.

However, unfortunately, as tends to be the case with any Scream movie, not all of them made it. And on this occasion, it was Dewey Riley (David Arquette) who didn’t make the “final cut”, as one of the film’s two Ghostface killers lays waste to him in a truly brutal fashion.

But in a recent interview with ComicBookMovie, David Arquette discussed the possibility of reprising his role as Dewey Riley in a future Scream movie.

Here’s what he said in full:

“I know, it was really sweet to see the reaction of the fans. It was hard. It was a project I really loved being part of. They went off to do number six and I was like, ‘Oh, okay…’ It’s hard. It’s something that’s really close to my heart, but I love how they handled it. I think my character had a really good role in Scream 5 and had a lot to do. That was really nice. We’ll see…

In discussing the possibility of playing Dewey Riley again, he continued, saying:

“Who knows, anything is possible. I mean, how many movies have Jason [Vorhees] or Mike Myers been in? Not that Dewey’s a killer, but there is a coming-back-to-life element within these horror films.”

Scream writer Kevin Williamson recently suggested that the Scream franchise could go on forever, given the fact that each movie features a different Ghostface killer (usually in duo-form). But as the series is in no way supernatural, we’re not sure how Dewey could return.

With that said, Scream 3 (2000) did find an ingenious way to bring horror movie nerd Randy Meeks (Jamie Kennedy) back from the dead, as the surviving characters are given a video he recorded just hours before his death as seen in Scream 2 (1997), in which he warns them about the rules of a trilogy.

And then there’s Scream 4 (2011), which stars Hayden Panettiere as Kirby Reed. At the end of the film, she’s seen dying in a pool of her own blood, having been stabbed by one of the Ghostface killers, yet a blink-and-you’ll-miss-it Easter egg in Scream (2022) confirms that she survived. Hayden Panettiere will now be reprising her role as Kirby Reed in the upcoming Scream 6.

Another character who may very well return is Neve Campbell, who, in a shocking twist earlier this year, stepped away from Scream 6 following a salary dispute with the studio. Since then, Campbell has admitted that she is open to the possibility of returning in a future Scream movie.

However, we’re still not convinced David Arquette could return to the franchise seeing as we saw him brutally killed (there’s really no coming back from that). Can he return in the same way Randy does in Scream 3, or could Scream end up going down the prequel route?

Well, you never know. Halloween: Resurrection (2002) managed to undo the death of Michael Myers in its predecessor Halloween H20: 20 Years Later (1998) using some awful retconning regarding a paramedic or something. You’re better than that, Scream. We hope.

Scream 6 will be released in theaters on March 31, 2023. Halloween Ends is now in theaters and streaming only on Peacock.

How do you think David Arquette could return to the Scream franchise? Let us know in the comments down below!

Comments Off on After Major ‘Scream’ Shake-Up, One Headlining Actor May Make Franchise Return