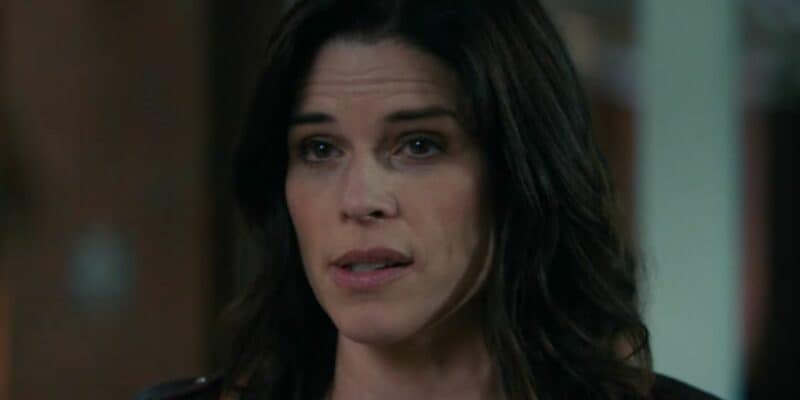 The Scream franchise has been incredibly popular with cinemagoers since its inception in 1996, and despite a 10-year-hiatus following the release of Scream 4 (2011) — which also came after a decade of no Scream movies — the series recently enjoyed a resurgence with Scream (2022).

After the latest sequel turned in impressive numbers, it was recently confirmed that a sixth installment is set for March 31, 2023. This was followed by a lot of casting news, from Courteney Cox to Hayden Panettiere, who plays the fan-favorite character Kirby Reed in Scream 4.

However, in a twist far more shocking than any Ghostface killer reveal at the end of any one of the five Scream movies, it has now been reported that Neve Campbell will not be reprising her role as “final girl” Sidney Prescott, despite having appeared in every Scream movie so far.

Following Scream (1996), Sidney Prescott returned in Scream 2 (1997), in which she’s stalked by the Ghostface killer in college, Scream 3 (2000), which finds her uncovering the truth in Hollywood, and Scream 4 and Scream (2022), both of which see her return to Woodsboro.

But the 2022 sequel is now the last time we’ll ever see Sidney Prescott going toe to toe with a Ghostface killer, as Neve Campbell is officially out of the Scream franchise, which will come as a huge shock for many Scream fans, most of whom have stuck around to follow Sidney’s journey.

The news is reported to have leaked on the comic convention circuit, and the 48-year-old actress has now confirmed the rumors to be true, while revealing the reason behind the shocking exit, which comes down to a salary dispute.

“Sadly I won’t be making the next Scream film,” Campbell says. “As a woman I have had to work extremely hard in my career to establish my value, especially when it comes to Scream. I felt the offer that was presented to me did not equate to the value I have brought to the franchise.”

Not only will this news shock fans, it will perhaps even discourage many from going to theaters to see Scream 6 (2023). Sidney Prescott has been a staple of the Scream movies since 1996, and it’s difficult to imagine any entry without cinema’s most successful slasher survivor.

It also begs to question why the studio won’t pay Campbell what she’s asking for, especially considering just how much value she adds to a Scream movie. Not only that, but if her absence threatens the success of the film, it may end up losing more money in the long run anyway.

“It’s been a very difficult decision to move on,” Campbell continues. “To all my Scream fans, I love you. You’ve always been so incredibly supportive to me. I’m forever grateful to you and to what this franchise has given me over the past 25 years.”

On a more positive note, it sounds like there’s no hard feelings for the Scream actress. And despite her exit from the franchise, she will undoubtedly remain among the favorite final girls, alongside the likes of Halloween‘s Laurie Strode (Jamie Lee Curtis).

The Hollywood Reporter recently reported that Scream 6 “continues with the four survivors of the Ghostface killings as they leave Woodsboro behind and start a fresh chapter.” But how the studio plans to navigate Campbell’s departure remains to be seen, as a script is already in existence.

Courteney Cox previously said that she received a copy of the script in March, and recently, Jenna Ortega, who plays Tara Carpenter in Scream (2022), discussed the script with Entertainment Tonight, saying, “I just read part of the script, and it just gets more and more gory.”

With that said, Scream movies are well-known for having multiple different scripts to avoid the identity of its Ghostface killers being leaked prior to the film’s release, so it’s entirely possible that the cast members haven’t even read the final version of the script.

Either way, filming is expected to begin some time this month in Canada. Will Sidney Prescott be written out of the film, if she hasn’t already, or will the filmmakers risk recasting an actress who has become so synonymous with the character she has played her for 26 years?

Will you still be watching Scream 6 without Neve Campbell reprising her role as Sidney Prescott? Let us know in the comments down below!