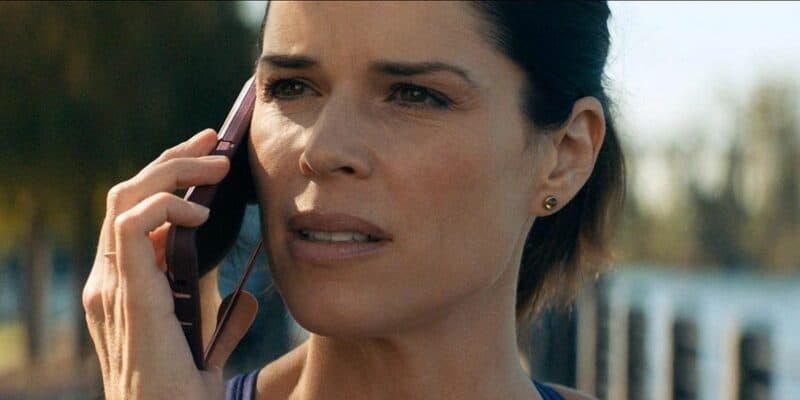 Since Neve Campbell announced earlier this year that she had exited Scream 6 (2023) over a salary dispute, fans have been wondering how the sixth entry in the slasher series will address Sidney Prescott’s absence, seeing as she has been a staple character since the original film in 1996.

Neve Campbell, 49, plays Sidney Prescott in all five Scream movies to date, and though she isn’t at the forefront of the last two installments in the same way she is in the original Scream Trilogy, it’s hard to imagine a Scream movie without one of horror’s ultimate final girls in the mix.

It’s not all doom and gloom, though — Campbell has since gone on record to say that she’s open to returning to the franchise, while Scream writer Kevin Williamson previously said that the franchise may very well go on “forever”, so it’s more than likely we’ll see Sidney return.

Ultimately, though, it all depends on whether or not the studio can offer Campbell a satisfying paycheck, but there’s no doubt that Scream 6 will perform incredibly well when it hits theaters in March next year, now with the new date of March 10 instead of March 31.

The Scream movies have grossed a combined $744.5 million worldwide to date, and are likely the reason why the Halloween franchise was brought back to life in 2018 with a new trilogy that recently concluded with Halloween Ends (2022).

Campbell also hasn’t been shy about reprising her role as Sidney Prescott in other mediums, as she recently appeared in an American Red Cross ad as the character. However, it still doesn’t answer the question as to how the filmmakers intend to address Sidney’s absence in Scream 6.

Luckily, Scream (2022) and Scream 6 actress Jenna Ortega, who plays Ghostface survivor Tara Carpenter, shed some light on this matter in a recent interview with Entertainment Tonight. While she doesn’t go into specifics, she does reveal that the film will contain references to Sidney Prescott.

Here’s what Ortega said in the interview:

“But it’s very clear, like, there’s references to Sidney, of course. You know, it’s nice because there’s still a protectiveness in the script and that’s something that the actors had naturally over her because obviously we respect her and we want the best for her. She’s missed and thought of.”

Ortega also said that the film’s levels of action and violence will distract viewers from Sidney’s absence. She said:

“I feel like I can’t really speak too much on that just because it’s not necessarily my character, but I will say there’s so much going on in this next one, that it’s so action-heavy and so gore-heavy that I think you’re gonna be distracted almost.”

It remains to be seen what these references will be, but it’s nice to see that the filmmakers are leaving the door open for Neve Campbell’s return. And never say never, because recently, David Arquette, who plays Dewey Riley in the first five Scream movies, said that he could still return to the franchise despite being killed off in Scream (2022)!

How do you think Scream 6 will address Sidney Prescott’s absence? Let us know in the comments down below!