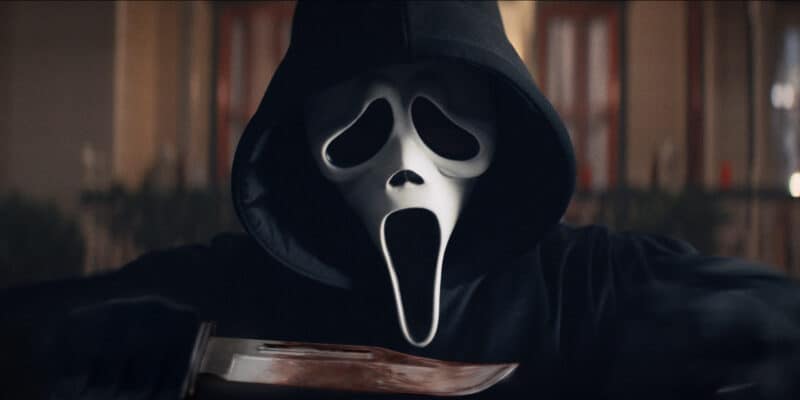 The Scream franchise is unlike any other in the genre. While the likes of Halloween, A Nightmare on Elm Street, Child’s Play, Friday the 13th, and The Texas Chainsaw Massacre boast mainstay villains in the form of Michael Myers, Freddy Krueger, Chucky, Jason Voorhees, and Leatherface, respectively, Scream‘s killer is one that is ever-changing.

The Ghostface mask, costume, and iconic voice by Roger Jackson are the same in each movie, however, the actual voice and face behind the mask isn’t. This is what sets Scream apart from any other slasher franchise out there. Halloween Ends (2022) might attempt something similar, but most fans would have probably preferred that it took notes from Scream first.

The original Scream (1996) set the trend of having two Ghostface killers in each movie, with Billy Loomis (Skeet Ulrich) and Stu Macher (Matthew Lillard). Scream 2 (1997) gives us Mickey Altieri (Timothy Olyphant) and Debbie Loomis (Laurie Metcalf), and Scream 3 (2000) is the only entry in the franchise to date to have one killer, in the form of Roman Bridger (Scott Foley).

Scream 4 (2011) sees Jill Roberts (Emma Roberts) and Charlie Walker (Rory Culkin) turn out to be the Ghostface killers, while this year’s Scream (2022) finds Richie Kirsch (Jack Quaid) and Amber Freeman (Mikey Madison) as the latest psychotic duo. However, now, a well-known actress has revealed how she “blew” her chances to become Jill Roberts in Scream 4.

In a recent interview with Hits Radio, actress Aubrey Plaza, best known for playing April Ludgate in the hit US mockumentary-style sitcom Parks and Recreation (2009), revealed that she auditioned for the role of one of the Ghostface killers in Scream 4.

“One of the earlier auditions I had was for Wes Craven for like the Scream remake or something,” Plaza revealed. “They told me, ‘You’re going in to audition to play a character that you eventually find out is the killer’ or whatever. So, I took that really literally, and I was thinking, ‘Alright, I’m gonna dress like the killer.'”

Plaza continued, revealing how she never made it beyond the audition, saying:

“I was really frumpy because I thought, I’m a murderer and then everybody else was glamorous and they all looked great, and I just looked insane,” she added. “And they were like, ‘The whole point is that we’re not supposed to know that you were the killer. You pretty much just look like a murderer right away.’ Anyway, I blew that one. Didn’t make it very far.“I went full method, and it was bad, really bad idea.”

Plaza never reveals that it was actually Scream 4 and not one of the earlier sequels, however, the actress didn’t rise to fame until Parks and Recreations became a hit in 2009, which was just two years before Scream 4 hit theaters, 10 years after Scream 3 was released. Plaza also mentions Wes Craven, who sadly passed away long before this year’s Scream (2022) was even in production.

While Scream 4 is easily the most disliked installment in the Scream franchise, there’s no denying that Emma Roberts’ Jill Roberts — cousin to Sidney Prescott (Neve Campbell) — remains one of the most entertaining and downright psychotic Ghostface killers in the series to date. Her motive also remains both amusing and relevant — even to this day.

For the most part, Jill is presented as the film’s new final girl, taking over from Sidney, who’s in Woodsboro promoting her new autobiographical book. But, in a shocking twist (it wouldn’t be a Scream movie without one), it’s revealed that Jill is the leader of a new Ghostface duo, who admits that she’d rather have the same fame as Sidney than “go to college” or “work”.

Plaza would have likely made an interesting, if not, entertaining, Jill Roberts/Ghostface killer. Known for playing characters who are a little “out there”, the Parks and Recreation actress is certainly no stranger to all things zany. With all that said, she didn’t make it past the audition! But seeing as Scream writer Kevin Williamson recently said that the series could go on forever, perhaps there’s still hope yet.

It remains to be seen who the next killers will be, but Scream 6 (2023) will be hitting theaters in March next year. Neve Campbell won’t be reprising her role as Sidney Prescott in the film, although David Arquette did recently hint that his character Dewey Riley could return in a future sequel, despite having been killed off in Scream (2022).

Scream 6 will be released in theaters on March 31, 2023. Halloween Ends is now in theaters and streaming only on Peacock.

Do you think Aubrey Plaza would have made a better Ghostface killer than Emma Roberts did in Scream 4? Let us know in the comments down below!