Every Ghostface Killer In the ‘Scream’ Movies Ranked - Inside the Magic 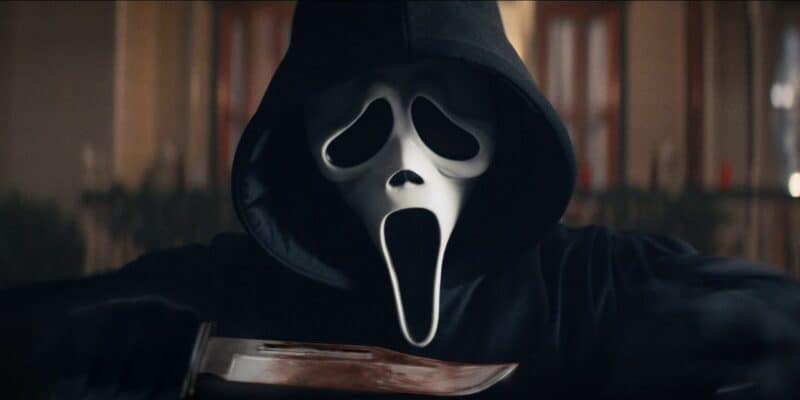 When it comes to iconic killers from slasher movies, Scream is perhaps one of the most unusual (yes, even next to a killer doll), as the Ghostface killer is different in every film. While the mask and the costume and the creepy voice by Roger Jackson are always the same, the identity isn’t.

So far, there have been nine Ghostface killers (we’re not including the television shows), and now, with Scream 6 (2023) just a few months away, we’ve ranked all of them, from worst to best…

Film buff Charlie Walker (Rory Culkin) is revealed to be one of two killers in Scream 4 (2011), but it’s fair to say that he’s definitely the “sidekick” to Jill Roberts’ far more psychotic front-and-center Ghostface killer.

But just because he’s the secondary Ghostface, that doesn’t mean he needed to be ineffective and forgettable (just take fan-favorite Stu Macher from the original Scream, for example).

Nevertheless, placing Charlie at the bottom was easy. While Rory Culkin gives a decent enough performance, Charlie’s personal motive is never fully understood, and once the mask his off, he breaks the record for the most short-lived Ghostface!

Motive: Charlie Walker and Jill Roberts (Emma Roberts) are trying to create a real-life “reboot” of the events from the first movie, which they plan to get away with so that they can enjoy the same level of success and infamy Sidney Prescott (Neve Campbell) has.

Death: Knife to the heart by his own partner in crime, Jill Roberts.

Amber Freeman (Mikey Madison) is ever so slightly more memorable than Charlie Walker, but she’s yet another “secondary” Ghostface killer, who lives only to serve another killer with a much stronger motive and screen presence.

With that said, she’s just how we like our Ghostface killers – completely wacky and unhinged. Amber is revealed to be a Ghostface at the end of Scream (2022), alongside Richie Kirsch (Jack Quaid), and their shared motive is brilliant.

If we were to rank Ghostface killer deaths, however, Amber might just be at the top spot (five words: Sidney, Gale, and an oven). The same goes for Ghostface achievements, as Amber brutally kills legacy character Dewey Riley (David Arquette).

Motive: Diehard fans of the Stab movies – the in-film series based off the Ghostface killings – Amber Freeman and Richie Kirsch start a new killing spree in the hope that Hollywood will finally have some new source material to create an “authentic” Stab legacy sequel.

Roman Bridger (Scott Foley) is so far the only Ghostface killer to have worked alone (as far as we know). In Scream 3 (2000), Roman, who’s directing Stab 3, is revealed to be Sidney Prescott’s long-lost brother (from another father).

And like another killer a lot higher up on this list, Roman almost gets away it too (if it wasn’t for those pesky Woodsboro regulars). After confronting Sidney in a secret movie theater room, Roman comes close to killing his sister.

However, being far too distracted with his whining – something Sidney hilariously points out – and feeling far too confident with his bullet-proof vest (ingenious move, though), Sidney winds up getting the upperhand.

Motive: After being rejected by his mother Maureen Prescott (Lynn McRee), Roman Bridger kills her, and then targets her favorite child Sidney Prescott, first manipulating Billy Loomis (Skeet Ulrich) and Stu Macher (Matthew Lillard) to do his bidding.

Death: Gunshot to the head by Dewey Riley.

Richie Kirsch is the main Ghostface killer in Scream (2022), which definitely comes as a bit of a surprise. After all, he plays final girl Sam Carpenter’s boyfriend – and the original Scream already went down that road, leaving viewers thinking the series wouldn’t do the same thing again.

Richie is actually quite likable up until this point, though, although in hindsight, his obsession with the Stab movies makes it all a bit obvious. In fact, Richie might just be the only character we hoped wouldn’t turn out to be Ghostface!

But what’s he like as Ghostface once he’s out of the mask? Well,unfortunately he isn’t all that memorable, although we’re pretty sure the effect he has on Sam Carpenter (Melissa Barrera) will undoubtedly play a part in Scream 6.

Motive: The same as Amber Freeman’s – Richie Kirsch is a toxic fanboy!

Stu Macher is a fan-favorite Ghostface killer, so you might be wondering why he’s only in fifth place. Well, the answer is simple – though we love Stu, we think there are some better Ghostface killers.

But this is Stu’s moment to shine, and perhaps the best way to sum him up is to describe him as a bit of a Looney Tune character! Matthew Lillard clearly had fun playing the character in Scream (1996), particularly the post-reveal scenes.

After the big reveal, Stu has some memorable lines, from “Surprise, Sidney!” to “My mom and dad are going to be so mad at me!” In the end, though, you could say it’s the television that killed him – both figuratively and literally.

Motive: Like Billy Loomis (Skeet Ulrich), Stu Macher wants to create a real-life movie, but for him, it’s all about the sequel (well, Stu, you got plenty in the end).

Death: Crushed and electrocuted by a television, courtesy of Sidney Prescott.

Billy Loomis is the OG Ghostface killer, even if Scream 3 retcons this somewhat by revealing that Roman Bridger was pulling the strings all along. But was Roman present during Billy and Stu’s killing spree? Well, it’s a fan theory, but who knows.

Billy is a complete psychopath in Scream (1996) – and in hindsight, it’s most definitely obvious. His love for movies of the macabre nature isn’t exactly kept secret throughout the first two acts of Scream, and he even looks pure evil!

Billy views real life as “one big movie”, and that “you don’t get to pick your genre”, making him the perfect candidate for Ghostface. He’s also the only Ghostface killer who has an iconic look out of the mask (white t-shirt, blue jeans, greasy hair, some corn syrup – a very cheap Halloween costume!).

Death: Shot in the head by Sidney Prescott.

This point onwards are our absolute favorite Ghostface killers. In Scream 4, Jill Roberts is the cousin of Sidney Prescott, although we learn that they barely know each other – at least not until the events of Scream 4 begin to unfold.

On first glance, Jill is the new final girl, while Sidney is ushered in for the first time as a legacy character. But, as we now know, this was nothing but a way of throwing viewers off the scent, as Jill turns out to be one of the two Ghostface killers.

Emma Roberts clearly had a ton of fun playing Jill, whether it’s her insanely shallow motive (which is strangely hilarious in its delivery), or the fact that she ends up beating herself up to convince the police she’s a victim (also oddly amusing). Oh, and she also comes close to winning!

Motive: Jill Roberts is in pursuit of the same infamy and wealth as her cousin Sidney, and admittedly doesn’t want to have to go to college or work for a living.

Death: Shot in the heart by Sidney Prescott.

If we were ranking Ghostface killers that didn’t blink, Debbie Loomis (Laurie Metcalf) from Scream 2 (1997) would be right at the top. Debbie, whose alias is Debbie Salt, poses as a reporter so that she can document all the Ghostface killings at Windsor College.

While Ghostface killer Mickey Altieri (Timothy Olyphant) is revealed first, Debbie feels as much the main killer as her partner in crime. In fact, this is the only Ghostface duo in the Scream series in which each killer feels equally primary.

Once the mask is off for Debbie, though, she’s even crazier than Mickey (who’s already off the charts). Her confrontation with Sidney on the drama theater stage is thrilling stuff, and she easily has the craziest look on her face out of any Ghostface killer.

Death: Shot in the throat by Cotton Weary (Liev Schreiber) and in the head by Sidney Prescott.

And so we arrive at our top spot, which you probably guessed from the second. Scream 2‘s Mickey Altieri feels very much like the definitive Ghostface killer, whether it’s the carnage he causes while in the mask, or his very interesting motive when out of the mask.

Mickey is perhaps one of the more mean-spirited Ghostface killers too – he kills Sidney’s boyfriend Derek Feldman (Jerry O’Connell) right in front of her, and even taunts her about it afterwards, while also making jokes about her deceased mother.

And then there’s the hair style – it’s as crazy as it should be (we wouldn’t be surprised if many fans worked out he was one of the killers based on this alone). He’s also one of only three Ghostface killers to “remove the mask” on screen.

Motive: Mickey Altieri a straight-up psychopath, who was previously “inactive” until he was “recruited” by Debbie. Mickey simply wants to get caught, enjoy the trial, and “blame the movies”.

How would you rank all the Ghostface killers? Let us know in the comments down below!