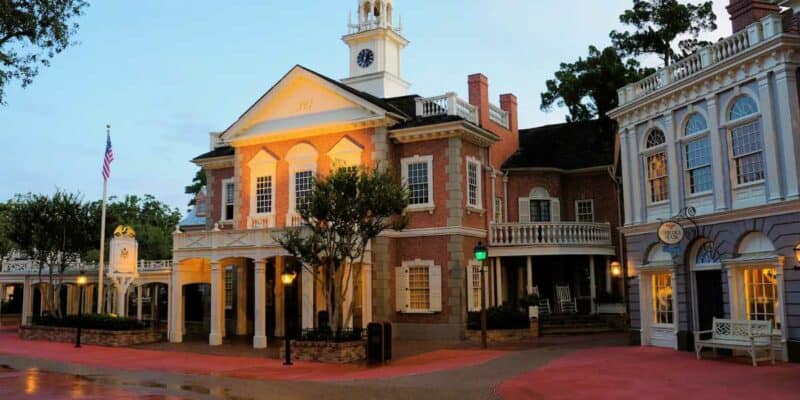 The more you think about it, the more it makes you shiver.

Walt Disney World Resort is a place of magic, joy, and a little mayhem. As one of the world’s most popular vacation destinations and the prestigious hotspot for any fan of the Mouse, Disney World welcomes millions of Guests each year to its four theme parks — Magic Kingdom, EPCOT, Disney’s Hollywood Studios, and Disney’s Animal Kingdom.

Each Disney Park at the Orlando Resort is beloved for different reasons; whether it’s the nostalgia of Spaceship Earth, the innovation of attractions at Hollywood Studios, the scale and ambition of Animal Kingdom, or the glistening towers of Cinderella Castle, each gate offers something not found anywhere else.

Even if that something is a river of feces.

Before we dive in — figuratively, of course — let’s first take a look at Magic Kingdom‘s lands. There are six lands at the 50-year-old theme park with each themed to a different story, time, and era.

There’s the nostalgic Main Street, U.S.A. with all of its stores and eateries; Tomorrowland and its futuristic stylings including the fan-favorite attraction, Space Mountain; Fantasyland which brings the magic of Disney alive with fairytale innovation; there’s Adventureland that urges Guests to explore; Frontierland, a fictional imitation of the American Old West, and home to the legendary Big Thunder Mountain Railroad; then there’s Liberty Square, a colonial American town-inspired land complete with The Hall of Presidents and Haunted Mansion attractions… and a “river of poo” running right through it.

The brown pavement at the center of each walkway is said to represent sewage that would have been present during colonial times when the lack of indoor plumbing led to residents pouring buckets of waste into the streets. This fact is also backed up by Liberty Square having a lack of public toilets — the only ones available are those inside Columbia Harbor House and the Liberty Tree Tavern. While these locations are featured as part of Liberty Square, some have posited that due to their placement inside the buildings, they are actually sat inside of other neighboring lands like Frontierland and Fantasyland.

It is innovative to install these types of elements, especially when Disney doesn’t necessarily share their reasoning behind the Imagineering. The brownstone “excrement” pavement is a simple, yet rather mind-boggling, addition to the theming of the Disney Resort that Guests will only know once they know — and then they won’t unsee it.

So next time you’re taking a stroll through Liberty Square on your way to your next Disney experience, mind the brown pavement, you never know what you might step in.

Did you know this fact about the brown pavement at Walt Disney World Resort? Let us know in the comments down below!