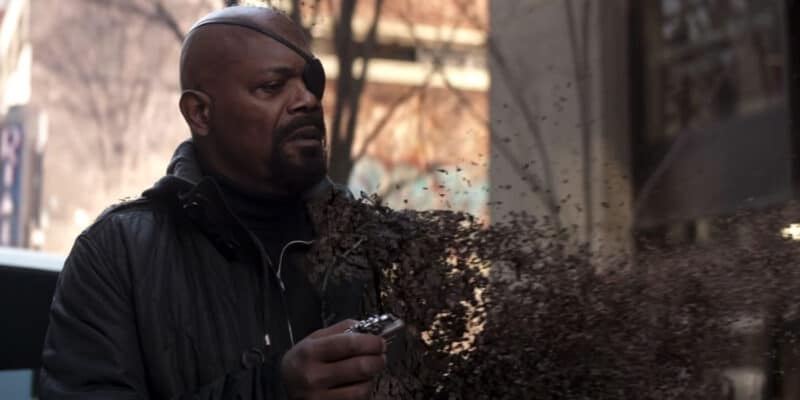 Secret Invasion reportedly hires a new writer to help revamp the series, which could lead to the series being delayed.

After San Diego Comic-Con, fans learned about several new projects as all Phase Five and portions of Phase Six were officially announced. The Multiverse Saga is in full swing, and fans are eager to see how the Marvel Cinematic Universe continues to evolve.

Secret Invasion has been an MCU project fans have been waiting for since the series was announced. It’s been a few years since fans have Samuel L. Jackson’s Nick Fury back in action, and Secret Invasion plans to place the pivotal character in the middle of a Skrull Invasion.

Unlike most MCU projects, Secret Invasion is reportedly set during the Blip, which will be interesting to see as Fury has to handle the Skrull invasion without the help of any Avengers. That doesn’t mean that heroes like Chris Evans’s Captain America couldn’t show up to help Nick Fury take on the Skrulls, but his role will likely be a cameo rather than a large role for the series.

Most of the show’s details are being held under wraps, but fans are wondering how Secret Invasion will tie into Phase Five as the series could pinpoint what Fury is up to currently in the MCU. After Avengers: Endgame (2019), every surviving MCU character feels like an enigma because no one knows what could happen to the character or if they will see them again anytime soon.

New reports indicate that the series got a new writer after one of the actors in the series, Christopher McDonald, admitted that reshoots are happening with some revised scenes:

“The director Ali Selim is fantastic, and it’s a delight to play this storyline because it’s really, really good. We’re actually heading back to London on Tuesday to do additional scenes. They’re doing reshoots in a way that’s making the story better. Apparently, there’s a new writer in there. He’s amped it up, and the series is going so much deeper than before.”

The actor shared that it was great to be in the MCU and check off some stuff from his bucket list:

Hopefully, the reshoots and new scenes won’t lead to more extensive CGI. Due to how Skrulls can require some more CGI, it’s possible the series could be shifted slightly. Since the release hasn’t been officially announced, Marvel can avoid the frustration from fans if it releases later in the Spring of 2023 due to the reshoots.

Do you think Secret Invasion will be delayed? Let us know what you think!