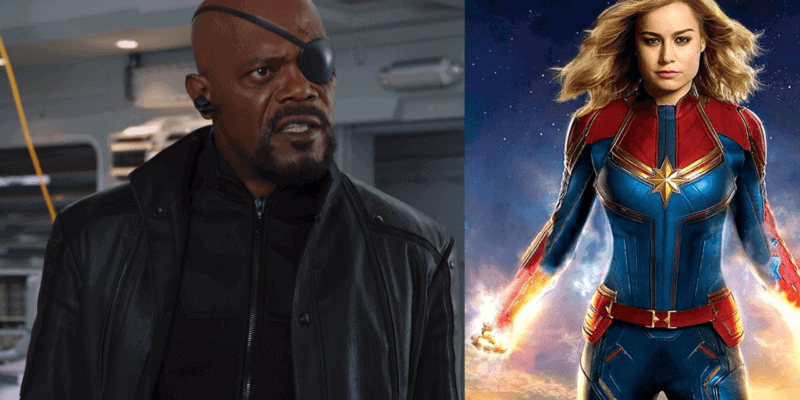 When we reported last week that Nick Fury was getting his own show on Disney+, our minds were racing when thinking about how Marvel was going to make it happen. Would they follow the Nick Fury of the present day and his current escapades in space with the Skrulls or would we return to a younger Nick Fury and Marvel use the de-ageing technique they used on Samuel L. Jackson in Captain Marvel?

Well, rumors have been circulating that Brie Larson is in talks to at least make a cameo appearance in the upcoming show which makes us think that this is a show that will take place during the current events of the Marvel Cinematic Universe. There have been ongoing rumors that the next big event within the MCU is going to be the Secret Invasion, an event that includes the long-term invasion of Earth by the Skrulls (the race we first met in Captain Marvel) and them secretly replacing many of the superheroes and villains in the Marvel Universe.

Given that we know not all Skrulls are good and the involvement that both Captain Marvel and Nick Fury have had with the Skrulls before, it would make sense for Brie Larson to be involved in the show if it is serving as a setup to the Secret Invasion.

All of this is to be taken with a pinch of salt at this stage, there has been no official synopsis of the upcoming Nick Fury show but it all makes sense given how close the two characters are in the MCU.

Related: OpEd: Ranking the Movies of the Marvel Cinematic Universe

Would you be up for seeing Brie Larson return as Captain Marvel in the upcoming Nick Fury show? let us know in the comments below!