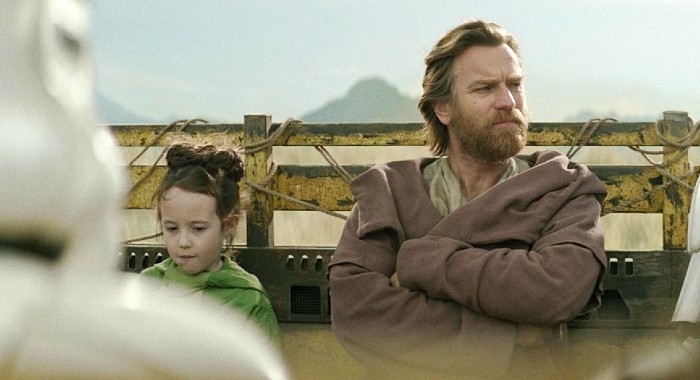 With the Obi-Wan Kenobi Season 1 finale — rumored to be the longest Disney+ Original Star Wars episode yet — airing this week, the possibility of a second season of the show has been on the minds of both fans and cast members.

Leading man Ewan McGregor previously weighed in, sharing that he would “love” to reprise his role as the Jedi Master if Season 2 is greenlit by Lucasfilm and The Walt Disney Company.

Now, Obi-Wan Kenobi head writer Joby Harold and director Deborah Chow have both been asked about whether or not a second season is in the cards — and both are being characteristically cagey regarding the potential for more stories about the iconic Jedi Knight.

“I’m being asked about it constantly. I’ve just been thinking about this for so long as a close-ended story that my mind is so focused on this as a sort of limited [series], that I haven’t thought beyond it. But he’s a great character. They’re all amazing characters.”

The King Arthur: Legend of the Sword writer also teased that he “can’t speak to” whether or not he is currently developing any additional Star Wars projects at this time.

For her part, Mandalorian director Chow indicated that she thinks there is certainly room for more tales in Obi-Wan’s story, but that it was “not the intention” when the show was ordered:

“It’s one big story with a beginning, middle and end. So I think this story was very much conceived to be its own standalone. I mean, there are of course more stories that you could tell. There’s obviously another 10 years before we get to A New Hope and with a character like Obi-Wan Kenobi, I think even just watching him ride across the sand sometimes is interesting. So, who knows? It’s hard to say right now, but it was not the intention.”

Chow went on to say that her series was not meant to be an “adventure-of-the-week” series like the adventures of Grogu and Din Djarin (Pedro Pascal) in The Mandalorian.

Fans are also onboard for Obi-Wan Kenobi Season 2, with many viewers taking to social media to share their opinions.

One thread requesting a second season featured a comment asking for exploration of “Ben’s” relationships with “people who aren’t Skywalkers”:

I do think that a potential season 2 will be able to explore stories about Obi-Wan’s relationships with people who aren’t Skywalkers. Now that the groundwork has been laid with season 1, the next could really expand in terms of characters included!

I do think that a potential season 2 will be able to explore stories about Obi-Wan’s relationships with people who aren’t Skywalkers 🤣 Now that the groundwork has been laid with season 1, the next could really expand in terms of characters included!

Obi-Wan Kenobi has been largely well-received by the often fickle Star Wars community. Vivian Lyra Blair, who is portraying 10-year-old Princess Leia Organa, has been a particularly big hit. The young actress is a dead ringer for Carrie Fisher in her youth, making her portrayal of the precocious little royal even more believable.

Do you want to see a second season of Obi-Wan Kenobi?