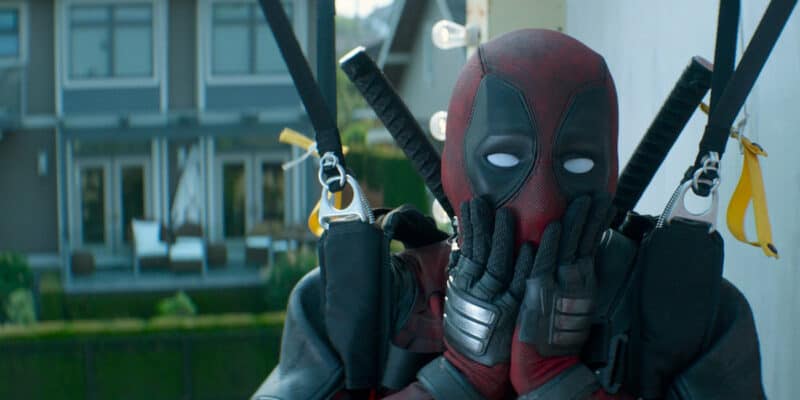 Deadpool 3 writers help reassure fans that Disney won’t ruin Ryan Reynold’s Deadpool as the movie will continue to have the same raunchy humor and gory violence.

Rhett Reese and Paul Wernick are the writers set to bring Deadpool into the MCU since Disney acquired the merc with a mouth after Disney bought Fox. This has led the X-Men and Fantastic Four to join the Marvel Cinematic Universe, but they haven’t really made it into the MCU just yet.

While Reed Richards and Charles Xavier were in Doctor Strange in the Multiverse of Madness (2022), fans are still eagerly awaiting for the two super hero groups to appear in an MCU project. Surprisingly, Disney+ also brought the Netflix Marvel shows onto Disney+ and changed the parental controls to allow for the darker content to be watched and still have protections for families who don’t want their kids to see shows like Jessica Jones just yet.

Despite all this, fans are still concerned that Disney will make Deadpool 3 be rated PG-13, ruining the character altogether. According to a recent interview, it seems that the Deadpool 3 writers don’t see Disney doing that as the company has been “very supportive” of the writer’s ideas for the movie so far:

“They’ve been very supportive with regard to that. Now when it comes to a particular joke, if we cross a line, maybe we’ll hear at some point, ‘Maybe not that joke.’ But I think they’ve been incredibly supportive of what we’re doing, because obviously we were doing it separate from them for a long time, and I think they’ve seen the success and they’ve had their own even greater success. So hopefully it’ll be a marriage made in heaven. But we’ve definitely got their support, and that’s a great thing to feel.”

Hopefully, the writers don’t happen to cross over too many lines as the humor in the Deadpool movies is always considered to be very good and it would be disappointing if too many of the jokes get cut because Disney doesn’t want the movie to make fun of them. The writers also shared that it’s cool to be able to merge the two universes together as it’s like a “marriage” of the two properties:

“It’s an absolute thrill to have the band back together, to have a new backdrop in the MCU with new characters, new villains, that kind of thing. You know, it’s never a marriage we necessarily saw coming—Fox and Disney, that was an external thing [separate] from our storytelling process. But we’re absolutely finding the serendipity and the gold in that situation, or we’re trying to.”

Fans will still be cautious about Deadpool 3 until they get to see it, but that won’t be anytime soon. Reynolds already planned to take an acting break so it will be a while before Deadpool enters the MCU, but it’s not like Deadpool will need to show up anytime soon as his character will be very disconnected from the Marvel universe like Moon Knight.

Do you think Ryan Reynold’s Deadpool 3 will be safe from Disney’s censorship?