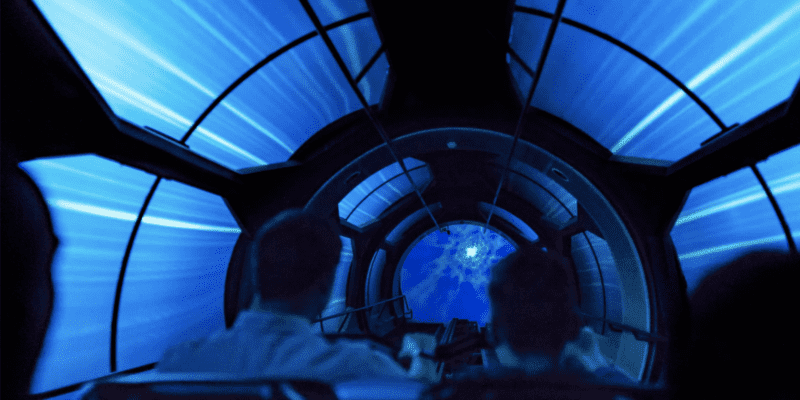 When visiting Disneyland Resort, Guests can enjoy delicious food and drinks, world-class entertainment, character interactions, iconic classic attractions, and new innovative experiences. With so much to offer, it’s easy to see why Disneyland is The Happiest Place On Earth!

However, not everything can be magical all the time. Sometimes rides and attractions break down, making Guests wait, either in the queue or aboard the attractions, and in some cases, even having to evacuate them from the ride they are on. It would appear that rides breaking down are becoming more and more common at Disney Parks, or at least Guests seem to be sharing their experiences more frequently than before.

Avery Morton (@missaveryelaine) gives us an interesting example, as she recently posted a video on TikTok sharing her experience during a lengthy evacuation from Hyperspace Mountain at Tomorrowland. The video shows the building and tracks for the popular coaster, and other stuck Guests stuck on their trains. As the video shows Avery’s camera looking around, she added the text, “Thinking about that time we got stuck on Hyperspace Mountain in literally the WORST spot… while my labrum was still torn and I couldn’t do stairs.”

One viewer took the opportunity to ask Avery, who happens to be a Disneyland Cast Member at Fantasyland, what happens when a Guest can’t walk or go down the stairs if they have to evacuate an attraction at a point like the one seen in the video or the top of Splash Mountain.

Avery commented that Cast Members would have to call emergency services to handle a situation like the one described by this viewer and that she and her party almost agreed to accept that help during their evacuation. However, Avery mentions that, fortunately, she was with her parents, who helped her get out of the attraction. She details that she had to be lifted from the rocket and that it took her about twenty minutes to get down the stairs, but that she had been able to walk through both launch tunnels, making the whole experience worth it.

Guests visiting Disneyland can experience Hyperspace Mountain, a Star Wars overlay of the beloved Space Mountain attraction, for a limited time. The official Disneyland website describes the attraction as follows:

Hyperspace mountain can be found at Disneyland Paris as well.

At Tomorrowland, fans of the Star Wars franchise can travel across the galaxy aboard Star Tours – The Adventures Continue and visit The Star Traders after their travels to find Star Wars-themed treasures and Disneyland merchandise. At Disneyland, Guests can also enjoy Star Wars: Galaxy’s Edge for some blue milk or green milk and ride Rise of the Resistance and Smuggler’s Run, as well as interact with some of their favorite characters from the Star Wars universe.

Have you ever experienced a ride evacuation? Tell us about your experience in the comments below!