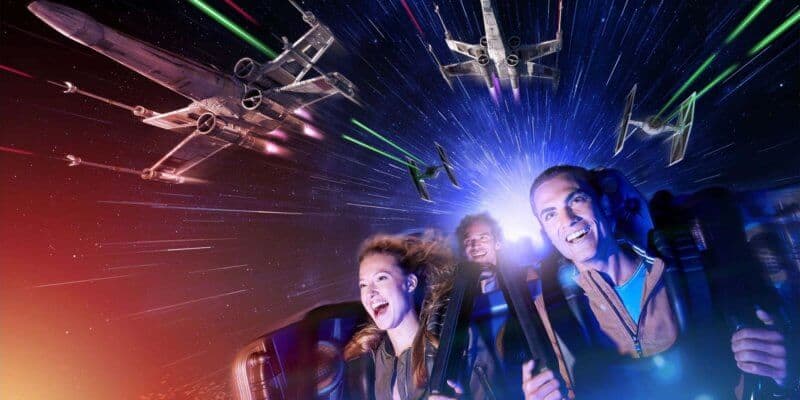 While the Disney Parks and Resorts are famous for their family-friendly attractions, rides, and entertainment, this doesn’t mean that the Disney Parks don’t also have some thrilling experiences as well. With rides like Tower of Terror at Disney’s Hollywood Studios, Expedition Everest and Flight of Passage at Disney’s Animal Kingdom, and even Rise of the Resistance at Star Wars: Galaxy’s Edge, Guests can get their fix of thrilling and intense attractions.

One of the more classic thrill rides in Disney would have to be Space Mountain. This is a historic coaster for not just the Disney Parks but the theme park community as a whole. Since first opening in Orlando, Florida at the Magic Kingdom, the ride has made its way into five Disney Resorts including Walt Disney World, Disneyland, Hing Kong Disneyland Resort, Tokyo Disney, and Disneyland Paris.

Speaking of Disneyland Paris, this iconic ride will actually be closed starting today,

You heard us right, starting today, Space Mountain at Disneyland Paris will be closed as it undergoes maintenance and returns back to its original theming. For the past month, the ride featured the Star Wars-themed overlay known as Hyperspace Mountain.

Launch yourself into Star Wars Hyperspace Mountain for a thrilling takeover of a classic space attraction. Enlist in the Rebel Alliance and attend a briefing from Admiral Ackbar. Your mission – to pilot a reconnaissance vessel and spy on an Imperial Star Destroyer.

It’s a Trap!
To the Admiral’s despair, the Empire is expecting you, welcoming your arrival from hyperspace with open armaments. It’s down to you and your X-wing escort to blast through a swarm of deadly TIE fighters and blow up a menacing Star Destroyer. Will the Force be strong with you?