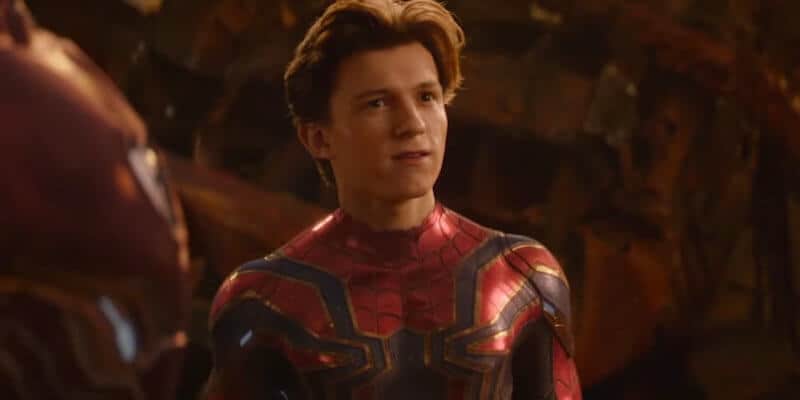 Avengers: Infinity War (2018) and Avengers: Endgame (2019) tied up the Infinity Saga in a bow for fans following the Marvel Cinematic Universe for over a decade. Marvel Phase Four is going strong, but fans looking back at Infinity War have spotted a continuity error that they claim has ruined the Marvel movie for them.

The Russo Brothers had to wrangle a veritable three-ring circus to bring Marvel fans the stunning conclusion to the Infinity Saga; both films were shot back-to-back to manage the extensive cast lists’ schedule. So, it’s no shock that some errors could have slipped through the cracks. One Marvel fan, lesbobomb, shared on Twitter that they caught a mistake with Peter Parker/Spider-Man (Tom Holland) and his hair, saying:

Other fans also pointed out that Robert Downey Jr.’s height also fluctuated throughout the scene, starting taller than his protégé but ending shorter. As Photomodeuser points out, responding:

And users like andaliteaximili claim this small mistake has ruined Infinity War for them, saying:

“You’ve absolutely ruined it for me now”

You’ve absolutely ruined it for me now

This is far from the only mistake fans have caught in Infinity War. For instance, near the film’s start, when Tony is talking with Pepper Potts (Gwyneth Paltrow), she unties Tony’s sleeves from around his shoulders when she points out the unit on his chest. The sleeves are hanging over Tony’s shoulders in the wide shot as he says, “I’m just trying to protect us,” but when it cuts to the closeup, the sleeves have vanished between shots.

Mistakes like these are common in all films, but the enormous undertaking that was Infinity War may have left room for more continuity errors than Marvel fans are used to. Such as, when Groot (Vin Diesel) sacrifices his arm for Stormbreaker’s handle, the sharp end is facing to the right when it lands, but when it begins to lift, the sharp end is now facing to the left.

Related: The MCU Is Majorly Losing to ‘Star Wars’ on Disney+

No film is perfect, and many Marvel fans have fun catching mistakes that get overlooked by Marvel Studios during production.

But what continuity errors have you caught in Marvel movies, and do they ruin your experience?