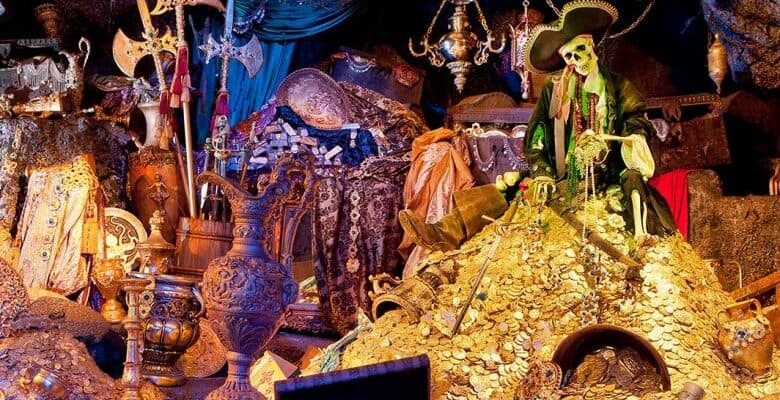 Although Cast Members love to spend their days making magic, sometimes they are tasked with handling difficult situations, like evacuating Guests from broken-down rides and breaking up fights in the Parks.

In a People Magazine article, one Cast Member shared a wild story about a Guest scattering human ashes in the water on Disney’s classic Pirates of the Caribbean ride:

“While riding Pirates of the Caribbean a few years ago, a lady pulled out a bag and dumped the contents into the water. She was crying and sort of laughing at the same time. It soon became clear that she had dumped her husbands ashes in the water as his final resting place. She was caught on camera and got in trouble, but it couldn’t be undone. Both creepy and cool at the same time.”

It is unclear at which Disney theme park the situation occurred, but the article seems to only recount tales from U.S. Disney Parks, so it was likely at Walt Disney World Resort or Disneyland Resort.

This is certainly not the first time death has tinged Disney theme parks — there have been suicides and Guest deaths on property in the past. But, of course, Disney Cast Members do everything in their power to keep Disney Parks the most magical places on earth.

Related: Disney Guests Trample Over Hidden Tribute to ‘Lady and the Tramp’

The official description of Disney World’s Pirates of the Caribbean ride reads:

Have you ever had a crazy experience on a Disney ride?