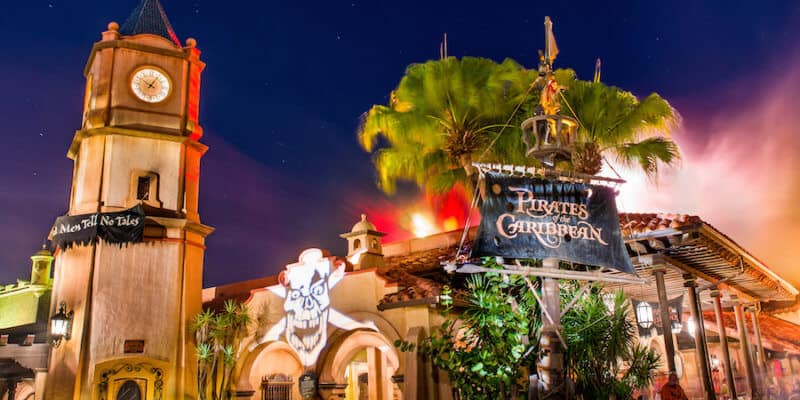 It is not every day that a Guest will be left evacuating a Disney attraction, but when it does happen, Cast Members are highly trained to ensure that Guest safety is always number one.

Some attractions at Walt Disney World Resort are fairly simple to evacuate and there is often an easy process to ensure Guests are able to leave the ride without worry or fear. For example, Mickey and Minnie’s Runaway Railway is not even on a track, as the ride is trackless at Disney’s Hollywood Studios. This means that when the ride has to evacuate Guests, Cast Members are able to lift their restraints, open the ride vehicle door, and the Guests can easily walk on out.

Other attractions like Peter Pan’s Flight at Magic Kingdom, however, are a little more difficult because Guests are suspended in the air. That being said, there are multiple platforms throughout the ride painted in black, so Guests do not notice that act as landing bases for evacuations.

When a ride breaks down or undergoes a maintenance issue that Disney cannot fix while Guests are aboard, they must remove all Guests in order to safely and successfully maintain the attraction. Some attractions are easier to evacuate than others, depending on the ride vehicle in question. When it comes to Pirates of the Caribbean, it seems that Guests need to channel their inner Jack Sparrow as Cast Members help them hop out of their boat!

Recently, raisingwinsomely (@raisingwinsomely) took to Instagram to post a Reel of their experience being evacuated off of Pirates of the Caribbean. Although some may not be happy to have to evacuate an attraction, this Guest stated, “broke down on Pirates of the Caribbean, but they gave us a free lightning lane pass to thunder mountain and we saw backstage where the magic happens, so who is the real winner here.”

The Reel shows the Guests being pushed through the water as Cast Members physically hoist the boats forward so that the Guests are able to get to to the correct evacuation area where it is easy to transfer from boat to “land”. In the video, we can see that the work lights went on, and Guests were escorted backstage after being evacuated. The Guest reported that they were given a Lightning Lane to Big Thunder Mountain Railroad.

Typically, a Lightning Lane pass is given out but Guests get to pick where they want to use it, excluding a few premium attractions such as Seven Dwarfs Mine Train. It would be interesting if the pass was required to be used on Big Thunder Mountain Railroad as the Guest noted, or if they just chose to use it on that attraction and worded the choice that way.

As we saw in the video, Cast Members worked efficiently to ensure that the Guests quickly made it off their boats with ease!

As described by Disney, the Pirates of the Caribbean attraction is:

Have you ever been evacuated from a Disney attraction? What happened? Let us know in the comments below!