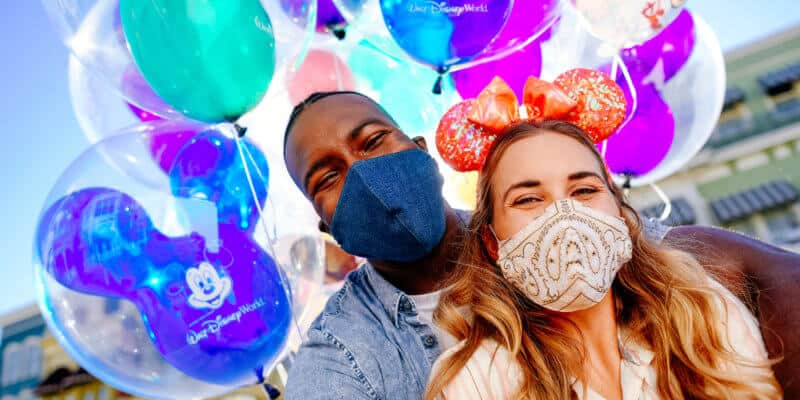 The recent changes saw mask-wearing becoming optional for fully vaccinated Guests while unvaccinated parkgoers are expected to still adhere to face-covering guidelines using the Guest honor system. While the revisions were welcomed by some, some visitors at the Disney World Resort, as well as the Cast Members that keep the Parks running, were taken aback by the sudden “180” on restrictive measures, a report has found.

It is just over two years since Walt Disney World in Orlando shut down in reaction to the sweeping COVID-19 pandemic. The Disney Resort is now back in full swing with its 50th anniversary celebrations AKA The World’s Most Magical Celebration, posting huge revenue numbers, and maxing out Park capacity, as Guests flock to the theme parks in droves.

One aspect of the Disney Park experience worldwide is the enhanced approach to health and safety. From social distancing markers to compulsory mask mandates in Resorts like Walt Disney World and Anaheim’s Disneyland to the requirement of Vaccine and Health Passes in Disneyland Paris, the Walt Disney Company has been very reactive to managing Guest experience while sitting in line with local governments and authorities.

Currently, the face-covering requirements at the Walt Disney World Resort are as follows:

It is worth noting that Disney has recently updated its guidance for travel on the Disney Skyliner.

The change to the Disney Park’s mask mandate sparked debate with Guests, and after a similar update happened at Disneyland Resort, some Guests remarked that they no longer felt safe while visiting Disneyland Park and Disney California Adventure. Now, a new report has found that some Cast Members and parkgoers were “taken aback by Disney World’s 180 on COVID-19 preventative measures”.

Many Cast Members wished to remain anonymous with most commenting on the sudden change in the preventative culture that Disney Parks had instilled since reopening. One Cast Member noted that they got into trouble with their superior over an incident regarding a Guest at Disney’s Animal Kingdom. Per the report, they said:

“I actually got in trouble by my supervisor the day after (the requirement was lifted) when I forgot about the change and out of habit asked a guest to pull his mask over his nose,” recalls a male cast member working near the Na’vi River Journey attraction at Disney’s Animal Kingdom.

Another Cast Member, a supervisor at Magic Kingdom Park, also noted their issues with the new measures:

“I still have the option to wear a mask if I want to,” says one Cast Member working a supervising position near Pirates of the Caribbean, “but it doesn’t do me much good if none of the guests are as well.”

One Cast Member commented on how their role as an employee of Walt Disney World shifted when face-coverings were mandatory at the theme park Resort:

“I didn’t take this job to be a mask enforcer, I took this job because I love this brand and I love people, but the past year I’ve felt like everyone’s hated me because of masks.”

Over the months since reopening, there has been a number of altercations at Walt Disney World surrounding face-covering rules and policies, leaving Guests and Cast Members often colliding over the restrictions. Despite claims that the “magic is gone”, Walt Disney World is currently seeing record crowds including a sell-out Spring Break period.

From the Disney Enchantment fireworks at Cinderella Castle to new rides like the Remy’s Ratatouille Adventure attraction at EPCOT Park, the introduction of Disney Genie+ and Lightning Lane to the end of the divisive virtual queue of Star Wars: Rise of the Resistance at Disney’s Hollywood Studios, change has certainly been in the air at Walt Disney World.

The future is no different either, as EPCOT gears up to open the long-awaited Guardians of the Galaxy: Cosmic Rewind attraction in the new Wonder of Xandar pavilion inside the World Discovery neighborhood, among many more changes coming soon.

Do you think Walt Disney World did a 180 on pandemic measures? Let us know in the comments down below!