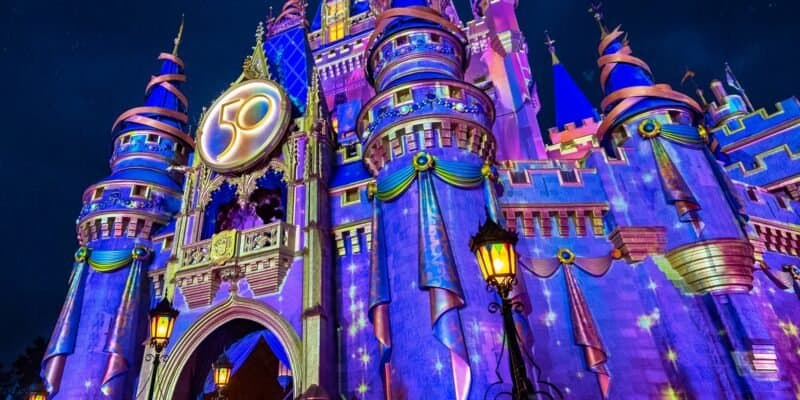 Walt Disney World Resort has been known as “the most magical place on earth,” but that doesn’t mean everyone feels that way.

Disney World recently unveiled its FastPass+ replacement system in the form of Disney Genie+ and the Lightning Lane. While some Guests have begun to come around on these features, many others have been left disappointed and frustrated.

Guests have reported attractions ‘selling out’ only an hour into the day, app malfunctions, and long lines that made them feel as if the Disney Genie+ and Lightning Lane upcharges weren’t worth it.

Just recently, Reddit poster U/mcamuso78 said that the whole Disney Park experience has become “too stressful” to enjoy their trip.

Just got back from a quick trip to WDW. Did HS Friday and MK Saturday. Was the first time I was there since Genie+ went into effect. I was with my father who hadn’t been in 30 years and my son. Planning and such fell to me. Between stressing out at 7 am to buy Lightning Lane passes for some attractions and getting others to constantly having to work the app and find the next attraction to go on got to be too much. It wasn’t fun. That’s all. Just needed to rant.

Just Too Stressful These Days from WaltDisneyWorld

U/TomCollinsEsq said they missed the days of FastPass+.

There’s not much you can actually pre-plan anymore besides food. If you want to use Genie+ and/or Individual Lightning Lanes, you’re gonna be on your phone a lot. We’ve traded getting up early two mornings 180 and 60 days out to be on your phone for being on it a big chunk of the day. I preferred the old system, but some people like this. shrug

U/the_heel_jt said they don’t enjoy having to be up at 7 a.m. to get an individual Lightning Lane reservation.

To get the individual lightning lanes you have to be on right at 7am. I had to set an alarm just to be up in time for that. We’re not rope drop folks. We did use Genie plus for the longer wait time attractions but after about a day of that we went back to, we’re in Tomorrowland what has a short line.

U/JKpickle shared that they were not stressed during their recent trip, but they did feel like constantly having to be on their phone “killed the magic.”

While it was not super stressful for me when i went 1/27-1/30, I did feel like it just killed the magic of a lot of it. I enjoyed so much just walking in and soaking up the park in the past, this time I felt like I had to be more aware of what was going on and what could be next, so I get it.

Plus its just super crowded compared to the past. This used to be a slow season but not anymore.

Finally, U/BlotchComics said that while many may not like the system, there are also many Disney Guests who have had a great experience with Disney Genie+ and Lightning Lane.

I was there the week before Christmas and didn’t spend any more time on my phone than I did checking wait times before genie+.

Check when scanning in for each LL ride and maybe once per hour for a minute.

Got to ride everything we wanted to at one of the busiest times of the year. The people who post about it are usually the ones that had a bad experience, but there are plenty like me, who actually had a great time.

Has planning a trip to Walt Disney World Resort become too stressful for you? Let us know in the comments.